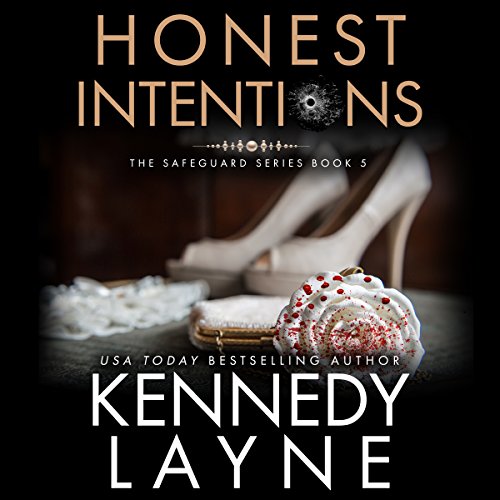 By: Kennedy Layne
Narrated by: Basil Sands
Try for £0.00

USA Today best-selling author Kennedy Layne continues the Safeguard Series with this fast-paced romantic suspense novel that leads the SSI team on the trail of a serial killer who continually seems to be one step ahead.

Coen Flynn has always done the right thing, even it meant siding against his own family. His sense of justice was what led him to take a job in law enforcement, though his choice of agency was a bit unorthodox. His current assignment was believed to be a simple protection detail. He was never supposed to be identified by his charge, but a murder took priority and changed the course of his mission.

Brettany Lambert's life is suddenly rocked when she finds the body of a dead friend on the eve of what was supposed to be a special wedding. Now Brettany and Coen are trapped in the middle of a blizzard and their attraction will fuel the heat of temptation. Good intentions always have a way of backfiring, but his desired intent won't matter if a notorious serial killer can finish what he started.

Series Description: Safeguard Security & Investigations (SSI) is owned and operated by Townes Calvert, a retired Marine Gunnery Sergeant who returned home to the States a bit more damaged than he'd care to admit. Not that anyone could tell outside of a very select group of former active duty buddies. It had taken Townes quite a while to acclimate to civilian life and he'd kept himself busy in the interim working in treacherous situations with even more dangerous friends. The final result is a close-knit unit of highly trained former military men who have the experience to protect the innocent, investigate crimes on the gritty edge, and aid local law enforcement when justice has taken a back seat to political correctness. Follow along as Kennedy Layne conveys each of their gripping stories as they work together on investigations that lead them down perilous paths of passion, intrigue, and suspense.

What listeners say about Honest Intentions

Narrator did a great job. Plot kept you engaged and guessing. We I'll buy more of this series.

This is a good story but the narrator is really annoying. I suggest reading the book instead of listening.

This series is a real treasure. Kennedy Layne is a very tackled head author. Folled with action and suspense, these books grab your attention right out of the gate and hold it right through the finish line.