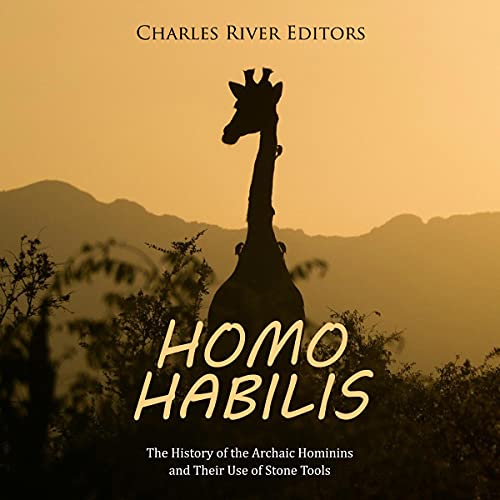 The evolutionary path from the original primates to modern man is a long one and has taken many twists and turns, but naturally, as the fossil record grows, scientists gain a more complete understanding of our own mental and physical history in terms of genetics and anatomy. However, the correct order and relationships of the various specimen types are difficult to pin down. Many representative samples have been found in such minute amounts as to not preclude anomalies. They have been discovered in various stages of wear.

Modern features did not occur simultaneously or uniformly, taking millions of years to become manifest in later types. Up to the present day’s Homo sapiens, examples of the main types have been hybrids of older and more modern features.

One of the earliest species of the genus Homo to be discovered is Homo habilis, which basically means “handy man”. The name comes from the belief at the time of its discovery that this species was the first to start using stone tools. The first fossils to be uncovered in Olduvai Gorge were from the same stratigraphic layer as simple stone tools. Fossils of the crania and postcranial skeleton for this species have been found in both eastern and southern Africa and date to around 2.5 to 1.6 million years ago.

Given the gradual changes that take place in evolution, Homo habilis shares a number of characteristics that are similar to the genus Australopithecus, such as in the postcranial elements. That said, the size and shape of the Homo habilis skull are markedly different. The size of the brain is much larger relative to the size of the body, being around 680 cc. In order to house a larger brain, the skull features a more vertical frontal bone, creating a more vertical forehead. The brow ridges that sit on the lower portion of the frontal bone are also reduced in size. Other reductions in the face include reduced prognathism and a reduction in the size of the premolars and molars.

Postcranial elements display clear signs of bipedalism, such as the large toe being in line with the other toes instead being off to the side as they are in modern apes. Furthermore, the arches of the foot are present, allowing the full weight of the body to be supported and act as a shock absorber when walking. The leg bones are also longer than in Australopithecus, but Homo habilis retained long arms. Other primitive features include hand and finger bones that would have made climbing in the trees easier. The robustness of the finger bones is more comparable to those of modern apes than humans. There is also an attachment site present for a leg muscle that is particularly useful in climbing, suggesting that there was still some amount of time spent climbing.

There is a wide variation of traits found in this species, and given the fragmentary nature of some of the elements, it is possible that they belong to other species of Homo like Homo rudolfensis. Another possibility is that sexual dimorphism was more pronounced in Homo habilis than previously thought.

What is generally accepted is that Homo habilis was capable of making stone tools. These tools were flakes that were broken off from a core and had sharp edges. These tools could serve a number of purposes, such as cutting up the remains of an animal or cleaning its skin. But while Homo habilis almost certainly used tools, scholars still debate which species of Homo actually began making stone tools first since the species Homo rudolfensis also lived during the same time.

What listeners say about Homo Habilis