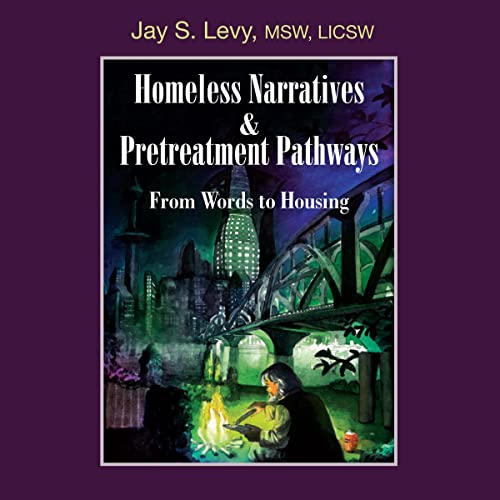 On any given night, there are over 643,000 homeless people residing in shelters and on the streets across America. What can we do to help?

About the Author
Jay S. Levy, LICSW has spent the last 20 years working with individuals who experience homelessness. He has developed new programs and provided clinical staff supervision. Jay is one of the architects to the Regional Engagement and Assessment for Chronically Homeless Housing program (REACH). This was adopted by the Western Massachusetts Regional Network as an innovative approach toward reducing chronic homelessness.

"Levy crafts stories of characters who sear the memory: Old Man Ray, the World War II veteran who resents the VA system and regards himself as the de facto night watchman at Port Authority; Ben who claims to be a prophet disowned in his own country, crucified by the government and enslaved by poverty finds a bridge to the mainstream services and a path to housing through the common language of religious metaphors, including redemption and forgiveness; and Andrew who has been 'mentally murdered' is helped to understand his own situation and gain disability benefits through the language of trauma; among others.

These stories are deftly interwoven with theory and practice as Levy constructs his developmental model of the engagement and pretreatment process. The outreach worker strives to understand the language and the culture of each homeless individual, builds a bridge to the mainstream services, and helps those providers to understand the special circumstances of these vulnerable people. Levy bears witness to the courage of these pilgrims who wander the streets of our cities, and his poignant book is a testament to the healing power of trusting and enduring relationships." (Jim O'Connell, MD - President and Street Physician for Boston Health Care for the Homeless Program)