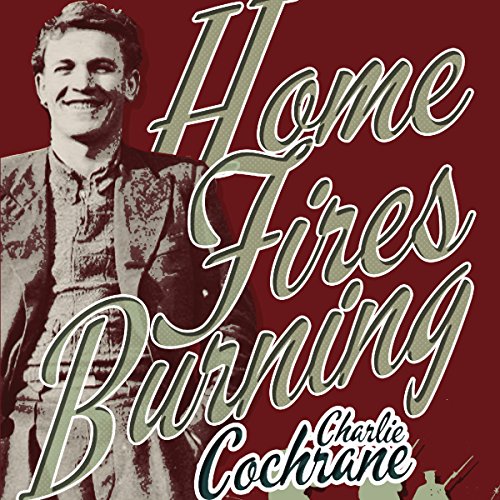 By: Charlie Cochrane
Narrated by: Joshua Story
Try for £0.00

''This Ground Which Was Secured at Great Expense''

It is 1914 and The Great War is underway. When the call to arms comes, Nicholas Southwell won't be found hanging back. It's a pity he can't be so decisive when it comes to letting his estate manager Paul Haskell know what he feels before he has to leave for the front line. In the trenches Nicholas meets a fellow officer, Phillip Taylor, who takes him into the unclaimed territory of physical love. Which one will he choose, if he's allowed the choice?

''The Case of the Overprotective Ass''

Stars of the silver screen Alasdair Hamilton and Toby Bowe are wowing the post WWII audiences with their depictions of Holmes and Watson. When they are asked by a friend to investigate a mysterious disappearance, they jump at the chance - surely detection can't be that hard? But a series of threatening letters - and an unwanted suitor - make real life very different from the movies. Charlie Cochrane, author of the delightful Cambridge Fellows series, brings her familiar romantic, roguish style to the two novellas that together are Home Fires Burning.

I enjoyed this much more than the short story, Promises Made Under Fire. The story does seem to resolve a little too quickly at the end, and I think it could have been edited to reduce some of the earlier part to allow for more space to be devoted to that last part. For the most part I enjoyed this book, though. I listened in one day an remained interested until the end.

There were a couple of historical inaccuracies, particularly with some anachronistic phrases, but generally it was pretty good on that front.

Why there was a Scottish officer, apparently based in London, in the same regiment as Hampshire gent was a bit of mystery. Or indeed, why an Oxford educated London-based barrister who lives in London, and whose family apparently comes from Hampshire,

Perhaps he was not Scottish in the text, but the narrator added that detail. Not sure, but it did help with distinguishing which character's voice we were hearing.

The narrator did a pretty good job with his accents, but mispronounced the names of the two main settings - Hampshire and Ypres, as well as the rank of Lieutenant, which were some of the most common words in the text. This was very annoying and does take you out of the story to wonder why it is that Audible continues to have Americans narrating these books instead of British (or Australian) narrators. It's so annoying as the small (or in some cases enormous) inaccuracies are really distracting.

The narrator also mispronounced quite a lot of fairly common words, eg. taciturn, bodice, sepia. Again, this is very distracting. Editing of the audio was poor. It was quite common to hear a line twice, once in the English accent and once in the Scottish accent, or with an emphasis on different words. Why are these audiobooks not edited? There appears to be no quality control whatsoever.

There is a second story on the file, but I only got about half an hour into it. That one is set in London and the narrator's attempts at London accents are way off and far too distracting to continue.

This review is focused much more on the narration than the text, but that is because it so important in an audiobook, and I find it find it very difficult to judge the quality of writing if the narration is not excellent.

Original Audiobook Review August 2019:
Not much more I can add to my original and re-read reviews for these two novellas/short stories. I still loved the stories, the characters, the settings, everything, these tales are an all around entertaining read/listen. The voices may not have matched what I heard in my head when I read them but Joshua Story did an excellent job bringing life to these intriguing and fun stories of the past.

Re-Read Review of This Ground Which was Secured at Great Expense(from Pack Up Your Troubles Collection) August 2018:
I've read this one before and loved it then and I loved it even more the second time. You can't help but want to shake Nicholas and Paul for not speaking up when they have the chance but then you remember its WW1 and it wasn't so easy or legal back then to love who you wanted to. I love watching Nicholas grow and yet still retain the same befuddled innocence when he came home on leave. Will they ever find the happiness neither seems strong enough to reach for? You have to read for yourself for that answer but watching them get from point A to point Z makes for a lovely entertaining and heartwarming read.

Original Review February 2015:
Both tales are amazing. It's the simplest and easiest way to describe it. In This Ground Which Was Secured At Great Expense, you can't help but feel what Nicholas is going through. Not only is he dealing with the heartaches of war but he's also has his heart set on a man he didn't reveal his feelings for before leaving. He's given a chance at exploring physical love when he has a new tent mate in Phillip. In The Case of the Overprotective Ass, we see 2 actors entertaining post WW2 audiences with Sherlock & Holmes but they are given a chance to play detectives for real. Alastair and Toby share similarities with Miss Cochrane's famed Orlando and Jonty from her Cambridge Fellows series, but they are definitely their own pair. Both tales, although shorter than what I would like, are most enjoyable and very entertaining reads.