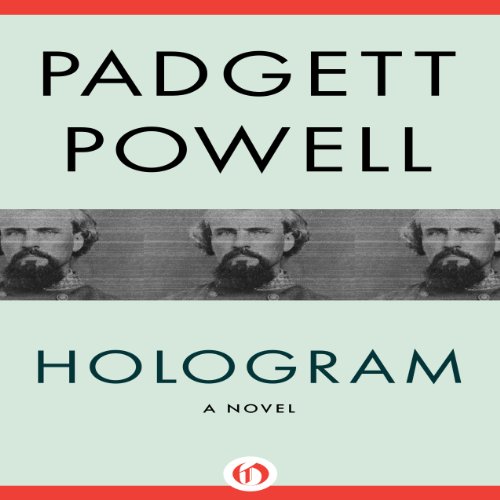 By: Padgett Powell
Narrated by: Marcie Millard
Try for £0.00

At her kitchen table somewhere in the South, Padgett Powell's narrator embarks on a spirited and often hilarious imagining of certain historical figures and current national preoccupations. Ostensibly writing her grocery list, Mrs. Hollingsworth most happily loses her sense of herself. Her list becomes a discovery of the things she has and those she lacks, including men - even her own husband. Mrs. Hollingsworth begins her list by imagining a "lost love" story in which she is playful with and disdainful of the conventions of Southern literature. Soon tiring of that, she decides to turn up her imagination.

For reasons unclear to her, the Confederate general Nathan Bedford Forrest, an icon of the Lost Cause, rides into her tired "lost love" story. He appears as a hologram created by a media giant, Roopit Mogul, who aims to find the real New Southerner - in a man who can recognize General Forrest's image. Into this surreal atmosphere enter Mrs. Hollingsworth's all too real daughters, the forgotten husband, Mr. and Mrs. Mogul, the boys of the neighborhood, and petty criminals named Oswald and Bundy. Within this singular narrative collage, strong tenderness arises, with accounts of genuine lost love, both familial and wholly romantic.

What listeners say about Hologram