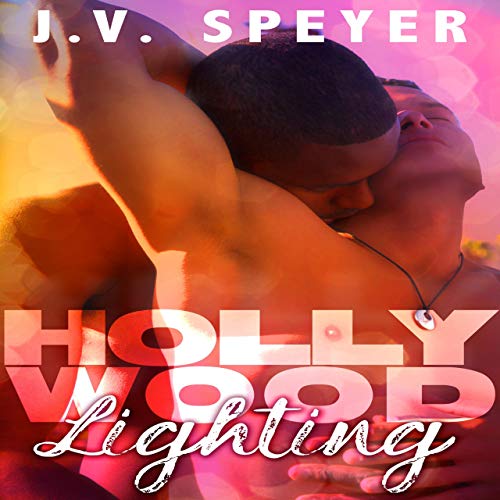 A rowdy superstar in danger. His resentful new guardian. It’s hate at first sight until love takes an unexpected encore.

Closeted actor Owen fears failure and betrayal. So after he’s stabbed by a crazy fan, the movie studio offers a hunky bodyguard for protection. Suspicious that the ripped security man is just a gossip-seeking plant, he pushes back at his bulging biceps, ignoring the chemistry.

Newly retired SEAL Jamal is having a hard time adjusting to civilian life. Reluctantly taking a Hollywood job for a bad boy with tight abs, he’s sure the star is simply paranoid. But when he discovers the sexy celebrity is in serious jeopardy, he doesn’t hesitate to jump into action mode.

As the peril hits closer to home, Owen finds himself falling for the handsome hero fighting for his life. And as the threats intensify, Jamal fears he might lose the man he has come to love.

Will Owen and Jamal go down in a catastrophic climax, or will they star in their own happy ending?

What listeners say about Hollywood Lighting

Not what you think

This book seems super liberal at first but it gets thrown in the background as the story continues. There is mystery, and a touch of romance. In the audio version there are a few double recordings but only a few. Although this was nothing like I thought after reading the blurb, the total story kept this from getting a low rating.

Both the author and narrator are new to me. Zachary Zaba had a great voice and I was impressed with his female vocals.

I don’t know what it is about audiobooks written in third person but I find it really difficult to connect with the story on the level I do with audios written in first person.

I love the celebrity troupe and this book definitely fits that bill.