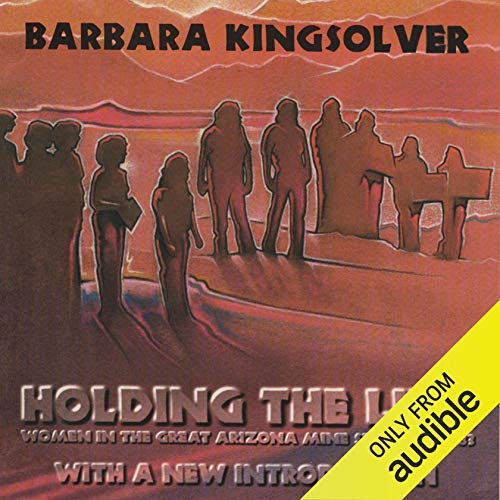 Holding the Line, Barbara Kingsolver's first nonfiction book, is the story of women's lives transformed by an a signal event. Set in the small mining towns of Arizona, it is part oral history and part social criticism, exploring the process of empowerment that occurs when people work together as a community. Like Kingsolver's award-winning novels, Holding the Line is a beautifully written book grounded on the strength of its characters.

Hundreds of families held the line in the 1983 strike against Phelps Dodge Copper in Arizona. After more than a year, the strikers lost their union certification, but the battle permanently altered the social order in these small, predominantly Hispanic mining towns. At the time the strike began, many women said they couldn't leave the house without their husband's permission. Yet, when injunctions barred union men from picketing, their wives and daughters turned out for the daily picket lines. When the strike dragged on and men left to seek jobs elsewhere, women continued to picket, organize support, and defend their rights even when the towns were occupied by the National Guard. "Nothing can ever be the same as it was before," said Diane McCormick of the Morenci Miners Women's Auxiliary. "Look at us. At the beginning of this strike, we were just a bunch of ladies."

What listeners say about Holding the Line