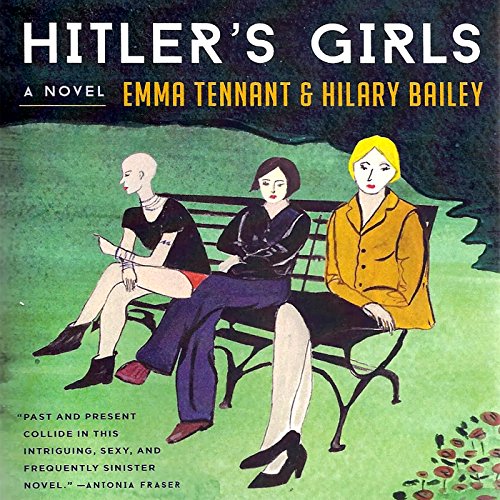 By: Emma Tennant,Hilary Bailey
Narrated by: Billie Fulford-Brown
Try for £0.00

Adolf Hitler's secret mistress, an upstanding member of the British aristocracy, gives birth to a daughter. The child is whisked away at infancy and raised as an orphan. She is protected from the truth concerning her origins, but that doesn't prevent the remnants of Hitler's scattered empire from seeking her out as part of a plot to reignite their dream of conquering Europe. Enter into our drama the starchy, conservative Jean Hastie, an art historian and official for the Scottish National Trust. When her best friend Monica is murdered she is determined to avenge her death and to rescue Monica's granddaughter, Mel, who is missing and the prime suspect in the crime. She soon finds herself embroiled in the neo-Nazi's conspiracy. Jean sets off to find Mel, traversing crime-ridden London housing projects, the Paris apartment of a former Nazi lawyer, and a chateau in the South of France where a quaint village camouflages a sinister political conclave. In Hitler's Girls, Emma Tennant and Hilary Bailey's wry, atmospheric prose conjures a whirlwind adventure full of international intrigue, subtle humor, and terrifying, timely, political speculation.

What listeners say about Hitler's Girls

Would you try another book written by Emma Tennant and Hilary Bailey or narrated by Billie Fulford-Brown?

No, no and never.

What was most disappointing about Emma Tennant and Hilary Bailey ’s story?

From reading the synopsis I thought I was going to get something quite dark and interesting. Unfortunately the book was clichéd, boring and written like a GCSE piece of creative writing (it received a D). The lack of research is breathtaking and clunky syntax left me staggered. How was this book ever selected by Audible?

Would you be willing to try another one of Billie Fulford-Brown’s performances?

The book is read like robot doing voice-over for a Colgate advert. So, no.

If you could play editor, what scene or scenes would you have cut from Hitler's Girls?

Hitler's sex scene is just woeful. Why have it?

I think book is bad, clearly. However it is dragged to the depths of despair by the worst performance by a narrator I have ever heard. It's as though Billie Fulford-Brown is reading the book for the first time and doesn't know where to place an inflection! And why does the main character speak in a Scottish dialect but her thoughts are in an English dialect? I'm finding it very hard not to swear.