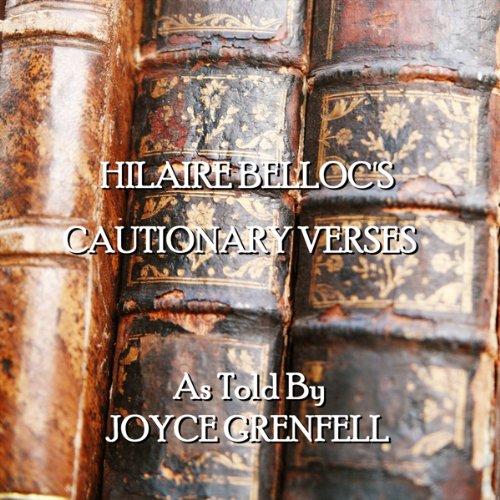 These humorous verses were originally written for children but the taste is much more to an adult liking. They are strange, perverse, and the morals they provide….well, that’s for you to decide. Luckily Joyce Grenfell is narrating, so it’s double the experience.

Here’s what you can look forward to hearing: 'Algernon, Who Played with a Loaded Gun, and, on Missing His Sister, Was Reprimanded by His Father'; 'The Example'; 'About John, Who Lost a Fortune by Throwing Stones'; 'Jim, Who Ran Away from His Nurse, and Was Eaten by a Lion'; 'Maria, Who Made Faces and a Deplorable Marriage'; 'Henry King, Who Chewed Bits of String, and Was Early Cut Off in Dreadful Agonies'; 'Charles Augustus Fortescue, Who Always Did What Was Right, And So Accumulated an Immense Fortune'; Sarah Byng, Who Could Not Read and Was Tossed into a Thorny Hedge by a Bull'; 'Jack and His Pony, Tom'; 'Tom and His Pony, Jack'; 'Lord Lundy, Who Was Too Freely Moved to Tears, and Thereby Ruined His Political Career'; 'Lord Lundy (Second Canto)'; 'Matilda, Who told Lies, and Was Burned to Death'; 'Godolphin Horne, Who Was Cursed with the Sin of Pride, and Became a Boot Black'; 'George, Who Played with a Dangerous Toy, and Suffered a Catastrophe of Considerable Dimensions'; 'The Garden Party'.