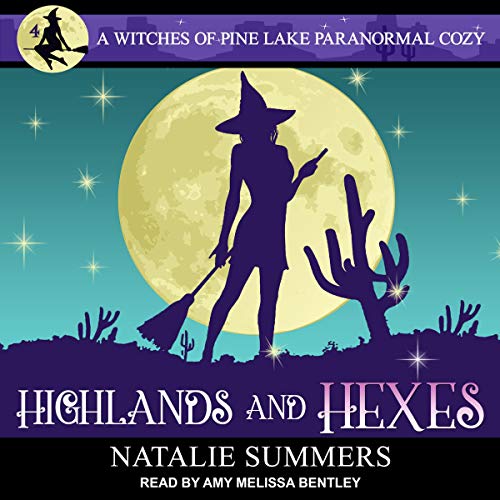 By: Natalie Summers
Narrated by: Amy Melissa Bentley
Try for £0.00

Now an official Witch Apprentice, Amalie is back to work and busier than ever. With the new school year on the horizon, she's got PTA meetings and parent-teacher conferences, on top of all her magical responsibilities. Oh, and Taylin is being possessed by ghosts, boyfriend Reese is a temporary houseguest, and Amalie has been recruited as a chaperone on Taylin's next field trip. So much for having left politics behind when she left her government job.

When the head of the PTA, Becky, is found dead after Amalie serving her lunch, both Amalie and Taylin are tossed into a murder investigation of the human variety this time. Except it turns out Becky is married to a witch - and that witch wants answers.

Between a Police Chief who doesn't want her near the investigation, being a suspect, running a fish shop, and trying to keep up with her own lessons, Amalie has her hands full, but she's determined to find out whodunit. Too bad the murderer has other plans.

What listeners say about Highlands and Hexes

Hope this isn’t the end

I think the author has either grown at storytelling or she got a better editor. The first book was kinda painful to listen to but now on book four I am enjoying the storyline.

What a great Series. I hope you will write more! It's hard to find great books like this. I hated to listen all the time because I didn't want it to end