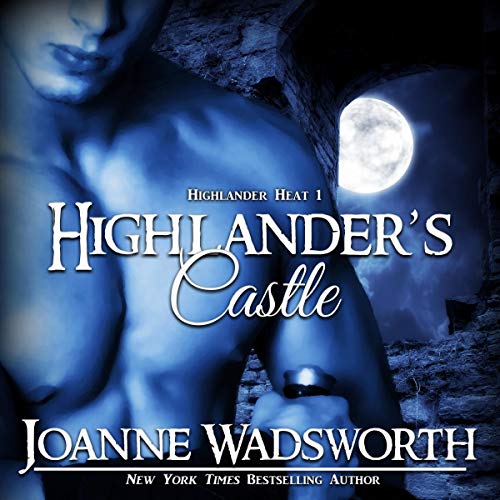 Traveling through time…for a Highlander.

Anne MacLeod’s identical ancestor has made a wish on the Fairy Flag at Dunvegan Castle, one which sees the two young women swapping places in time and leaving Anne set to handfast with the very man her ancestor wished to escape. Only Anne sees the possibilities, because now she could change the future and ensure her parents never perished in the inferno which took their lives.

Highland warrior Alex MacDonald has made an agreement to handfast with Anne in order to bring a halt to the feud raging between their clans. The last thing he expects, though, is a woman claiming to come from the future, a woman who stirs him on a physical and emotional level to protect, and to even believe.

When Anne finds herself in her MacLeod chief’s presence, she chooses to go with him in order to leave a message for her parents. In full pursuit, Alex wages a battle of the heart, and of the very essence of time. Can he defy the odds as Anne is taken from him…to work his own magic and get her back?

Each book in this series is standalone, and can be enjoyed out of sequence.

What listeners say about Highlander's Castle

Main characters are superficial, and it seems the author just wanted to write about sex.