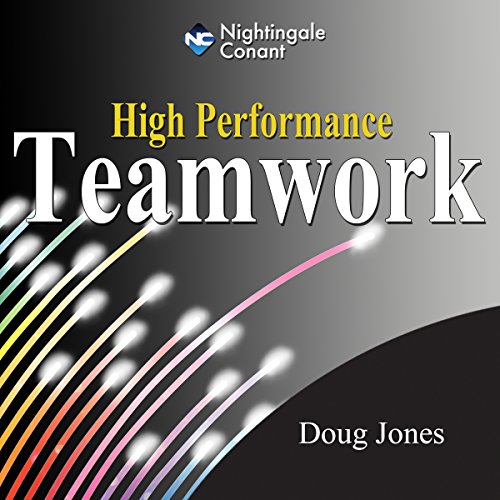 Imagine one person at the end of a long line of people trying to push the line forward. It's a tough job, so he or she hires a team of middle managers to join the push at strategic points along the line. Eventually the line starts moving, but as soon as the pushing stops, the movement stops.

Now imagine the line of people breaking into small groups, locking arms and running towards a specific goal with team members leading the charge. That's a powerful force that's hard to stop.

The first example is like the hierarchical, bureaucratic, top-down management style still used in many companies today. The second example is what High Performance Teamwork is all about.

When you have a group of people strongly united and motivated to reach a common goal, almost nothing can stop you from achieving it.

In High Performance Teamwork, Doug Jones describes how the nation's top performing corporations are using the team approach to restructure their organizations to make startling improvements in productivity, quality, and profit.

What listeners say about High-Performance Teamwork