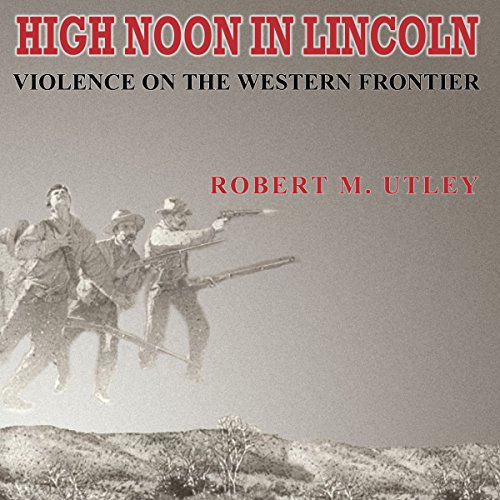 Here is the most detailed and most engagingly narrated history to date of the legendary two-year facedown and shootout in Lincoln. Until now, New Mexico's late-19th-century Lincoln County War has served primarily as the backdrop for a succession of mythical renderings of Billy the Kid in American popular culture.

"In research, writing, and interpretation, High Noon in Lincoln is a superb book. It is one of the best books (maybe the best) ever written on a violent episode in the West." (Richard Maxwell Brown author of Strain of Violence: Historical Studies of America Violence and Vigilantism)
"A masterful account of the actual facts of the gory Lincoln County War and the role of Billy the Kid. . . . Utley separates the truth from legend without detracting from the gripping suspense and human interest of the story." (Alvin M. Josephy, Jr.)

What listeners say about High Noon in Lincoln

Would you consider the audio edition of High Noon in Lincoln to be better than the print version?

i have a hard time staying focused with non fiction. audio is the only way i can get through a book without wizards, sex, or murder.

that it takes place near to my home.

he had a good voice