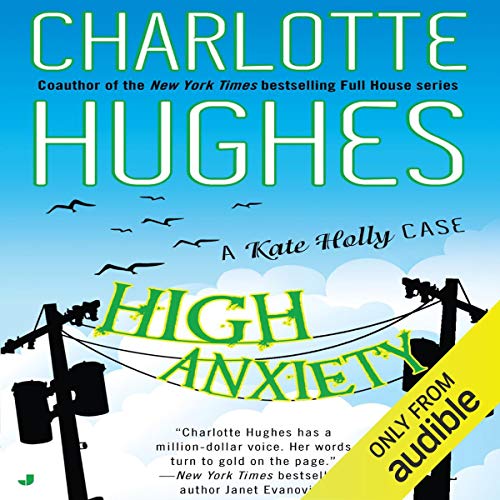 High Anxiety picks up where Charlotte Hughes's previous Kate Holly installment left off. In this audiobook filled to the brim with romantic suspense, the star-crossed psychologist encounters more misadventures in the form of a temporary secretary who becomes a bit too attached to her boss, venturing into stalker territory. Fans will already be familiar with Kate's ex-husband, Jay, as well as her hilarious Southern best friend and secretary, Mona.

Teri Clark Linden, who performed the previous two audiobooks in this series, seems both familiar and besotted with these endearing characters. She easily keeps pace with the eccentric action sequences as well as the accents of this fast and enjoyable novel.

Readers will go crazy for the latest Kate Holly case.

Kate Holly needs a temporary secretary. Amanda Davis is a competent worker with a friendly personality and - after altering her hairstyle and fashion sense to identically match Kate's - more issues than a lifetime subscription to Psychology Today

This is a fun series with interesting characters. I truly enyoyed the character and plot development as the book continued. I hope there is another book in this series.

Psychology with a hint of humor

This third book in the series was very enjoyable. The content maintained my interest and provided an enjoyable experience.