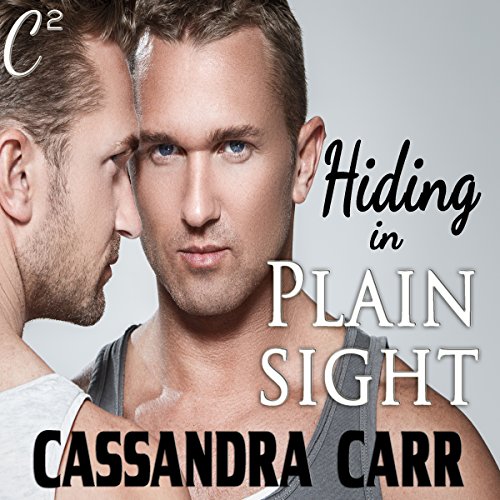 Vladimir Gusev exists in a living hell. A year ago in the Olympics the professional hockey player was forced to use a homophobic slur during a game, and guilt is eating him from the inside out. Not only is Vladimir not a homophobe, but in the aftermath of the Olympics, he was finally able to admit his true nature to himself. Yet he's been taught homosexuality is a sin, so he tries to push away his feelings, but to no avail.

Joe Bufford is an out gay man and an ex-Delta Force member who was medically discharged after an injury to his hand leaves him no longer able to perform his duties. His job as a mechanic at the airport is hardly a long-term career choice, but Joe has no idea where he can utilize the skills he learned in the Army.

Vladimir and Joe meet, and Joe instantly recognizes Vladimir as a terrified closet case. Before he knows it, Joe is offering to help Vladimir figure out what he is and what he wants. As time goes on, Joe begins to hope more and more that the answers to those questions lie with him.

What listeners say about Hiding in Plain Sight

Was this audio edited?

I’ve previously read this book and loved it but the audiobook had multiple issues. The narrator rereads portions, clears his throat and there are loud clicks on occasion. It happens 3-4 times but it was enough to bother me. I also did not like his voice for a Vlad. :(

This is book two in the Safe Harbor Series and it is so good it even surpasses book one!
First, we see the homophobe from Book one is actually gay and hiding it because of the Russian Mob and threats to his family. Second, we see someone experience being gay for the first time in his life. Everything. Third, Joe is amazing. He is kind, sweet, sensitive and really grounded. But… he’s ex-Delta force so he can kick butt, too! He’s the absolute perfect guy to tackle a giant hockey player and take on his closeted issues.
Vlad has a lot keeping him in the closet. He has to wrestle his own issues with being gay and feeling less “manly” and those are interwoven with fear about his family and their reaction in Russia, and he worries about his job security as a hockey player and his reputation in the media (since the Olympics branded him a homophobe he’s been ridiculed).
Joe is reluctant, at first, to be the guy that introduces Vlad to physical intimacy for fear of being abandoned for the closet (he just got out of the military and is grateful to be out and proud) or being abandoned for the next guy once Vlad decides to stretch his new gay wings. But he can’t resist Vlad’s honest and sincere desire to learn more about being gay and he’s super attracted to him, as well.
Finally, the couple agrees to a trial arrangement, with the caveat of no strings and nobody can know. Both men are fooling themselves if they think they aren’t invested, and it becomes clear that neither thinks of the other as merely a casual fling.
Politics moves Vlad into confessing his preferences and Joe does it proudly by his side, with the help of Jason and Patrick from book one. A very HEA is had by all.
**
The narration for this book is both way better and way worse than book one. On the one hand, there are several glaring mistakes where it is clear the narrator messed up and nobody went back to edit out his mis-starts and throat clearings. However, those almost fit in. The guy’s voice is just so natural in the role it feels like he’s telling the story to you personally and those things happen in normal conversation. I wasn’t bothered by them, I just chuckled when I noticed a mistake.
On the other hand, the narrator does a fairly awesome Russian accent that makes the romantic scenes to die for! Ooo la la. Did I enjoy Vlad telling “Joey” in a thick Russian accent . Wow! Scorching hot! (I loved that Vlad calls Joe “Joey” and nobody else is allowed to call him that… super cute!)
So – despite some technical errors and a few strange plot twists and turns I really, really loved this book and this narration and give them both a 5 of 5 stars. You are seriously missing out if you don’t give this one a try. (They are both stand alone books and don’t necessarily need to be read in order, though reading them booth adds a bit to the enjoyment.)

This was a great follow-up to See The Light and I'm glad we got to find out the circumstances surrounding the Olympics.

The only thing that was weird about this audiobook was the 3 instances where the narrator fumbled the words. You hear a pause and snap, like a finger snap, then the line is repeated correctly. For some reason, these were not edited out. Of course this was not the narrators fault, so he still got 5 stars. And luckily, it wasn't enough of a distraction that it took away from the story. Overall, a very good story!

I enjoyed this story about a young professional hockey player who must come to terms with his own sexuality and the pain of his past.

Joey sees something in Vlad and he is not giving up on him so easily. He understands all too easily just what Vlad is going through. Although Joey starts out with good intentions his emotions soon come in to play and their friendship grows into so much more. Their love is strong and helps to hold the men together. I loved seeing the two men work through everything and fight for their happy ever after.