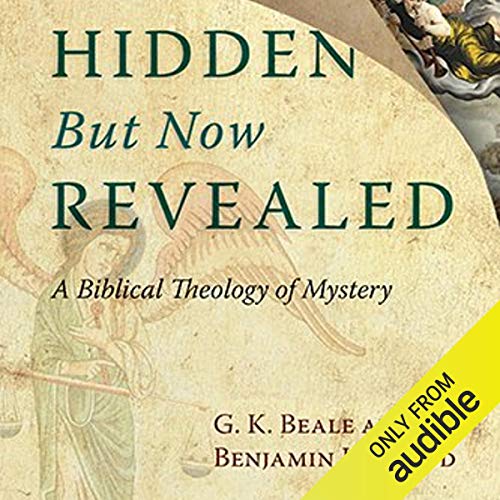 When reading through the Bible, it is impossible to ignore the troubling fact that Israel and its leaders - and even Jesus' own disciples - seem unable to fully grasp the messianic identity and climactic mission of Jesus. If his true deity, his death and resurrection and his role in the establishment of God's eternal kingdom were predicted in the Old Testament and in his own teachings, how could the leading biblical scholars of their time miss it? This audiobook explores the biblical conception of mystery as an initial, partially hidden revelation that is subsequently more fully revealed, shedding light not only on the richness of the concept itself, but also on the broader relationship between the Old and New Testaments. Exploring all the occurrences of the term mystery in the New Testament and the topics found in conjunction with them, this work unpacks how the New Testament writers understood the issue of continuity and discontinuity. This investigation of the notion of mystery sharpens our understanding of how the Old Testament relates to the New and explores topics such as kingdom, crucifixion, the relationship between Jews and Gentiles and more. As such, it is a model for attentive and faithful biblical theology intended for students, scholars, pastors, and lay people who wish to seriously engage the Scriptures.

The book is extremely well written and theologically very helpful. I'm sorry to be critical of the narration but the narrator is apparently somewhat unfamiliar with scripture and theological academics. In movie parlance - they cast the wrong actor for the part.

The reader should be someone who at least knows the books of the Bible and what the standard abbreviations are. For example this reader kept saying Roman (Romans), and Revelations (Revelation). The reader in a technical book on the Bible which requires reading transliterations of the original languages should have some affinity for acceptable and standard pronunciation. Furthermore, these books do not exit in the Bible, Hosa, Josiah, Zephoriah, and Philistines. Yes, I listened several times and that is what he said. And by the way it is pronounced Colossae, not Colossai, and it should be allusion, not illusion, or elusion (over and over).

What was most disappointing about G. K. Beale and Benjamin L. Gladd ’s story?

I am a huge fan of Beale, but this book is full of overreach to make the biblical material fit the thesis. Beale's constant reference to the uncertainty of scholars and then just stating his opinion without really establishing the point being made, was wearing. Furthermore to move from a disputed and not properly supported conclusion to an "if this is right then this can be said" argument is weak. I think Beale has made to much of the term "mystery" and has attempted bend everything else (almost into a pretzel in some cases) into the shape required to meet the thesis stated at the beginning. While I think Paul did in fact have Daniel 11 in mind when he spoke of the mystery of lawlessness in 1 Thess. 2, I cannot for the life of me see how it can be reasonably deduced that he was consciously employing Daniel 2 in Ephesians 1, 2, 5, Colossians 1 and in the Corinthian passages, and it is a stretch to say he was consciously employing Daniel 2 in 2 Thessalonians 2.

Would you be willing to try another one of Michael Quinlan’s performances?

Not at all for a book of this nature.

Yes, I think it dealt with an issue that was interesting and helpful to me in several places, but the assertions were such a stretch in others places that it frustrated me.

Inquiry into proper pronunciation should be undertaken by audible and its employees. This is understandable, however, but none the less attempted.
Great and helpful book!

Great work, but narration could be improved

Narrator is clearly gifted at what he does, but there are often mispronunciations, like &quot;consummative&quot; (stress should not be on the first syllable) and names of ancient people and terms, etc., and unusual ways of referencing texts (like one corinthians, instead of &quot;first&quot; corinthians)... Also, there are often spoken typos (I know this or that word was wrongly put because that is not what the biblical reference says), like the narrator says &quot;bow the knee&quot; (pronouncing it like an archery bow) whereas the text is speaking of &quot;bow the knee&quot; (like the kneeling kind). Love narrator's voice, just wish more care went into this.