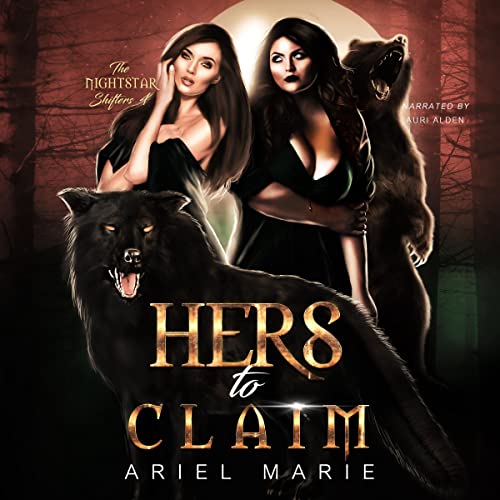 A stubborn wolf. A curvy bear. A Sizzling attraction neither of them could ignore.

Mindi Martin wasn’t thinking of settling down. Something was in the water in Howling Valley, driving everyone to find their mates. She was determined to dodge that bullet, but then she met gorgeous, curvy bear shifter, Echo Norden.

And her wolf made plans of her own - claim Echo.

Echo was convinced she’d never find her mate. In all of her years, she hadn’t met anyone worthy of her bear’s affection. Her beast was headstrong and wanted a mate who was her equal. One scent of a beautiful wolf shifter and Echo knew one thing.

Two problems were standing in her way. Her clan did not approve of Mindi as a suitable mate, and she was betrothed to another.

The call to mate was overpowering the two women. Nothing was going to stand in their way of what fate had in store for them. Together they would face anyone who would dare try to keep them apart.

What listeners say about Hers to Claim