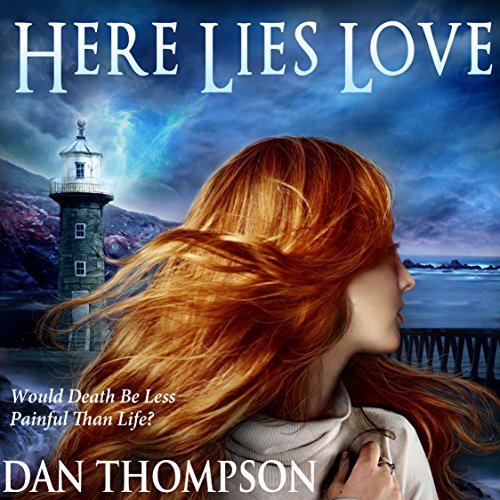 By: Dan Thompson
Narrated by: Corina Marcos
Try for £0.00

Would death be less painful than life?

When she is sold by her father, Abbey discovers that nightmares can occur when you're awake. Trapped inside a wooden cage, Abbey is forced to listen to the horrors and atrocities above; time ticking down until it is her turn. But Abbey isn't prepared to become a victim; she will escape.

Although, what Abbey isn't prepared for, is how harsh and unfair the world can be. With the sun turning its back on humanity long ago, life gives no opportunity. The only thing Abbey can do is learn to survive. To exist. And that means stealing any opportunity that comes her way. Haunted by the unpleasant memories bestowed upon her only nurtures Abbey's paranoia, until she realises that to truly live in the world, she must confront the person who was responsible for her misfortune - her father.

Here Lies Love is a NA Dystopian tale of actuality, of facing up to the fact that love comes in many guises. Can Abbey find the one glimmer of hope or will she be overcome with the darkness of revenge?

Where does Here Lies Love rank among all the audiobooks you’ve listened to so far?

This is one of the best audio books that I have listens to so far. It has a high quality of the production and the narration by Corina is exquisite.
I have read the book, and Dan’s crafted words made such an impression that they echoed in my mind for some time after.

Here Lies Love by Dan Thompson A Masterpiece from cover to end. Here is one of those rare books, which is constantly brilliant throughout. Each character is carefully described and very lifelike. The plot, which is macabre in places, moves at a pleasing pace too. The story starts with Abbey, the heroine, who is a feisty redhead, who along with other girls has been trapped and caged by a monster, Stefan. You hear her inner thoughts and fears as she waits her impending doom. She shudders at the sounds in the house; her captor’s perverse games which only aim is to thrill himself. She is very brave for such a young age of seventeen and this is her story of self-discovery and growth. Later in the book she meets characters her own age, Tristian and Ryan, both very lifelike in there description. Ryan, is tenderly described, he is the gentlest character in the book. His friendship with Tristian paramount in his life, and who I strongly suspect of being gay. Tristian, a strong and beautiful man, is exquisitely described, and probably the best hero I have every read. He is everything and more you would hope for Abbey. Abbey clings to life, almost faltering at one point, but her will to survive and seek the revenge against her father that she feels she need to move on with her life and find peace, drives her on. Her Father is a difficult character to understand at first, but the author writes him with all clarity, so you are left with no doubt at the end of the story. Dan Thompson is a poet and quite breath-taking in the way that he describes the planet and how the sun as escaped from the sky and the beauty of the moon and the stars. I could not put this book down; the story, both gripping and chilling. In between reading the chapters, I would think about the story and wonder what the next chapter would be. The story ends well; Abbey’s final fate is open and wholly her own choice, which leaves it open for a next book, which I will surely hope is one.

I found Corina’s performance enchanting. There are some interesting characters in the book and she managed to voice to each of them. I was surprised to hear that this was Corina’s first book narration, as she is truly professional.

It is hard to pick one moment out of the reading to highlight. I always think the first chapter is important as without a gripping first chapter people don’t read any further, unless its homework oh course.

I would recommend the audio book to dyslexics who like myself have trouble reading and concentrating on the plot at the same time. Dan has a magical way to write a sentence that has a lot of meaning. I have to say that I understood the story much more once I had listen to it being read out.
Again Corina’s narration is spectacular.