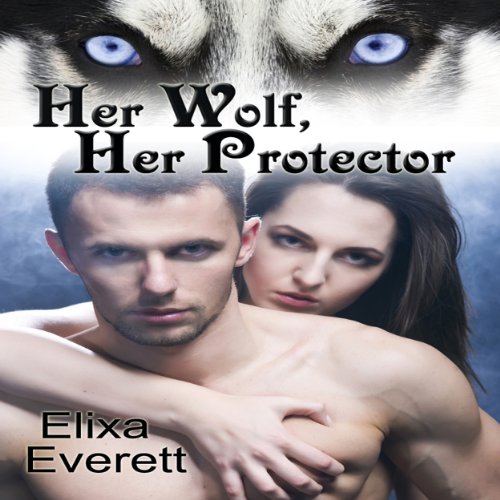 Her Wolf, Her Protector

Her Wolf, Her Protector

Adrianna has always felt at one with nature. From the time she was a child she's been drawn to the majestic pack of wolves that have laid claim on the land around her modest house. On her 19th birthday, she meets a dark and mysterious man, who goes by the name of Ian Boyce that she finds eerily familiar to her, but she can't figure out why. And for the first time in her life she feels a desire so deep and feral that she's powerless to fight it.

Ian has spent the past decade waiting for her. He and his pack have protected her and her lands until the day that he can claim her completely; mind, body and soul. At long last the time has arrived, and he plans to take what is his.

Where does Her Wolf, Her Protector rank among all the audiobooks you’ve listened to so far?

This audible was short and sweet. Most short stories I read rush through and forget to add the actually story. Not with this book, it offered a nice story in the amount of time it was given.

It's a really short listen, so yes.

I wanted a book I could listen to while I was waiting and this book delivered. It offered a decent story, background and characters all under two hours. If this book was develop into a full novel, it would be outstanding. But is just as good as a short read. Enjoy

the story would of been way better if they would of used more body play friendly words. like member, pearl, backside etc. you know were I'm going with this. but overall a good read.

The narrator sounds like she's reading a nursery rhyme for storytime. The writing style is extremely juvenile. It's like a 15 year old girl decided to write a story using every dirty word she was forbidden to speak outloud in a single scene.

very short.... would've been better if she elaborated on their history or if they added more to the ending

The narrator is a bit over emphatic. In the story there are a number of awkward time lapses, that gave me the feeling that I missed something and was trying to catch up. I wasn't too impressed with the overall story it's very basic.