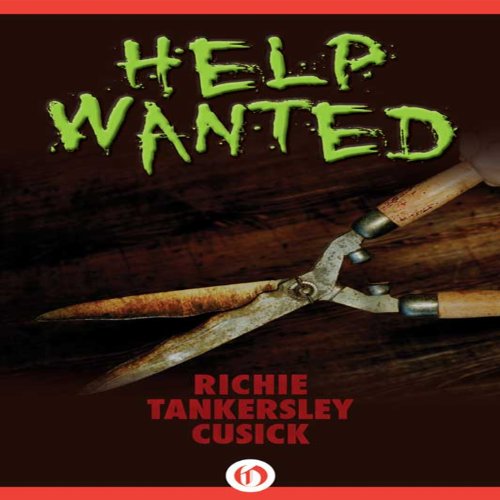 By: Richie Tankersley Cusick
Narrated by: Tara Sands
Try for £0.00

Teenager Robin needs money for a trip to Florida and accepts a job at a manor house library, working for the wealthy and eccentric Swanson family. As Robin organizes the books belonging to a woman named Lilith, who died in a gruesome suicide, things become complicated when she falls for Parker Swanson, heir to the family fortune. However, the discovery of a clump of bloody hair makes Robin realize that things are not what they seem. Narrator Tara Sands gives a brisk, commanding performance that authentically evokes the cadence and attitude of a teenager, and her lithe voice teases listeners, luring them deeper into the twists and horror of this story.

A job in a manor-house library gives Robin more than she bargained for. All Robin wants is a part-time job. A friend has invited her on a Florida vacation that promises to be the trip of a lifetime, and Robin needs money for airfare. The ad on the school bulletin board is irresistible: “Get Rich Quick,” it promises, and Robin can’t say no.

Her new employer is the patriarch of the Swanson family, a wealthy bunch of weirdos who recently moved into Manorwood, a stately mansion that has been empty for as long as Robin can remember. Now its libraries are full of books that Robin must organize - books that belonged to a woman named Lilith who died in a gruesome suicide. Robin doesn’t think she can trust the Swansons, including Parker Swanson, heir to the family fortune and most popular boy in school. And when Robin finds a clump of bloody hair in the backyard, she begins to fear that the Swansons’ evil past is not past at all.

This audiobook features an illustrated biography of Richie Tankersley Cusick including rare photos and never-before-seen documents from the author’s personal collection.

What listeners say about Help Wanted

The author of this book seems like a high school kid. The story line was OK BUT we know absolutely nothing about any characters from this book. A back story was needed for this!