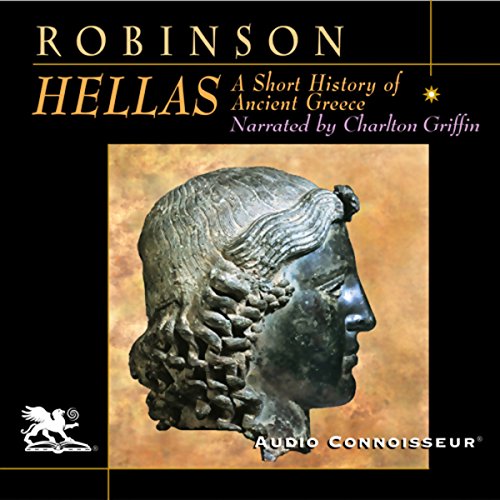 Ancient Greece was the most fascinating and influential civilization of all time, and this concise history tells you why. From the Myceneans and Minoans to the Spartans and Athenians, the full panoply of Greek civilization is represented in this short work. And there is hardly any aspect of importance in our own civilization today that cannot point to its origin in that great Aegean society of city states and warrior tribes.

Cyril Robinson's method is to touch lightly upon the main events of Greek history and the major phenomena of its culture, to explain them in current terms, and to point out modern parallels. Anyone who is aware of world events of the past century cannot but be struck by the similarities in ancient Greece.

"In Greek history, little that happened mattered much; it is what the Greeks thought that mattered," says Mr. Robinson. In fact, it has mattered so much that not a single one of us can contemplate his own European heritage without encountering some tangible legacy of that Greek intellect. Because that experience will remain permanently relevant and perennially capable of providing illumination to all Western people for as long as there is a civilization based on those ideals, the study of their incredible achievements will always find a place in our society. And it was with this aim of illumination that this book was written: to present the aspects of Greek history and thought that are of abiding and direct interest to thoughtful persons today.

What listeners say about Hellas

I can usually get used to a reader's idiosyncrasies and even end up sometimes liking the reading of someone whom, at first, I found was not to my taste.

This time it just got worse and worse. The hot-potato voice with its pre-World War 2 pronunciations sounds like a comedian imitating Prince Charles imitating Laurence Olivier at his most over the top hamming.

And my favorite: I missed about 30 seconds of the reading trying to figure out what a "porm tree" was!

Try a complete sentence of this: "The sonn orphan blazes down orn the porm trees by the Peeramids, and acrorse the sea orn the dawgs in the Himaliars."

No text could survive this kind of abuse, and the text itself isn't that compelling.