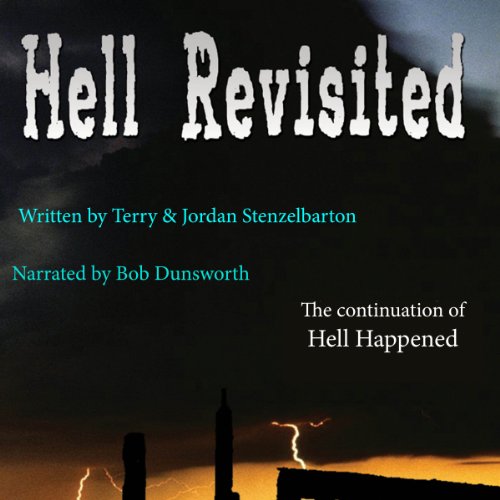 Fighting the vigilantes, zombies, and weather has taken its toll on the Saunders Farm. But there is little time to mourn the dead as the world around them comes crashing in with modern weapons and a military leader bent on revenge.

Jerry, his son, and a few friends know that a superior military force is coming for them. There is little they can do but hope, pray, and depend on their friends from space.

Jerry's daughter and three others must find a way to survive a trek across 5,000 miles and two countries, battling the unknown, the lawless and the mutants left over from the Great Plague.

To do it, Amanda must rejoin the Army. With the help of a kindly woman named Maj. Gen. Parker and Sgt. Pinkston, the last commando, Amanda and her dog face death, waking each day to a new nightmare.

What listeners say about Hell Revisited