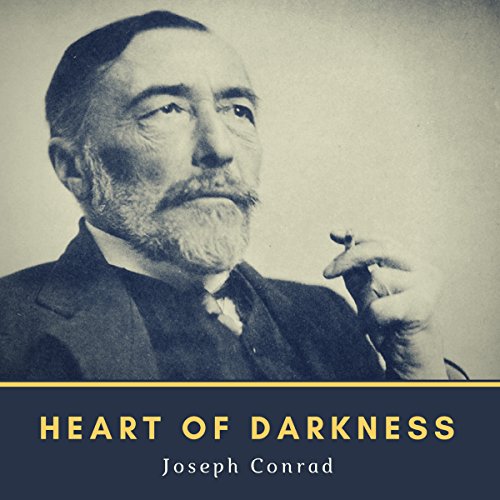 By: Joseph Conrad
Narrated by: Bob Neufeld
Try for £0.00

Heart of Darkness (1899) is a novella by Polish-British novelist Joseph Conrad about a voyage up the Congo River into the Congo Free State, in the heart of Africa, by the story's narrator Charles Marlow.

Marlow tells his story to friends aboard a boat anchored on the River Thames, London, England. This setting provides the frame for Marlow's story of his obsession with the ivory trader Kurtz, which enables Conrad to create a parallel between London and Africa as places of darkness.

Central to Conrad's work is the idea that there is little difference between so-called civilized people and those described as savages. Heart of Darkness raises questions about imperialism and racism.

Originally issued as a three-part serial story in Blackwood's Magazine to celebrate the 1,000th edition of the magazine, Heart of Darkness has been widely re-published and translated into many languages. In 1998, the Modern Library ranked Heart of Darkness 67th on their list of the 100 best novels in English of the 20th century.

What listeners say about Heart of Darkness