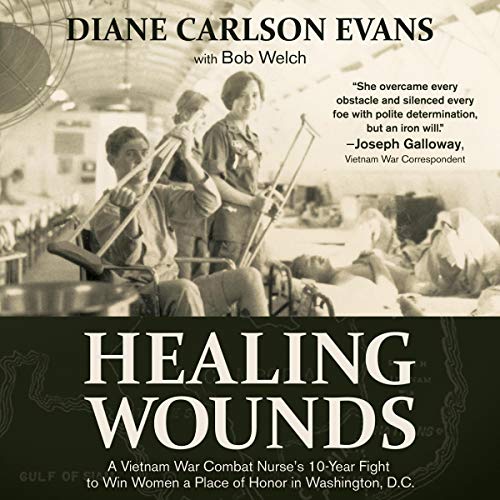 What is the price of honor? It took 10 years for Vietnam War Nurse Diane Carlson Evans to answer that question - and the answer was a heavy one.

In 1983, when Evans came up with the vision for the first-ever memorial on the National Mall to honor women who'd worn a military uniform, she wouldn't be deterred. She remembered not only her sister veterans, but also the hundreds of young wounded men she had cared for, as she expressed during a Congressional hearing in Washington, DC: "Women didn't have to enter military service, but we stepped up to serve believing we belonged with our brothers-in-arms and now we belong with them at the Vietnam Veterans Memorial. If they belong there, we belong there. We were there for them then. We mattered."

In the end, those wounded soldiers who had survived proved to be there for their sisters-in-arms, joining their fight for honor in Evans' journey of combating unforeseen bureaucratic obstacles and facing mean-spirited opposition. Her impassioned story of serving in Vietnam is a crucial backstory to her fight to honor the women she served beside. She details the gritty and high-intensity experience of being a nurse in the midst of combat and becomes an unlikely hero who ultimately serves her country again as a formidable force in her daunting quest for honor and justice.

What listeners say about Healing Wounds