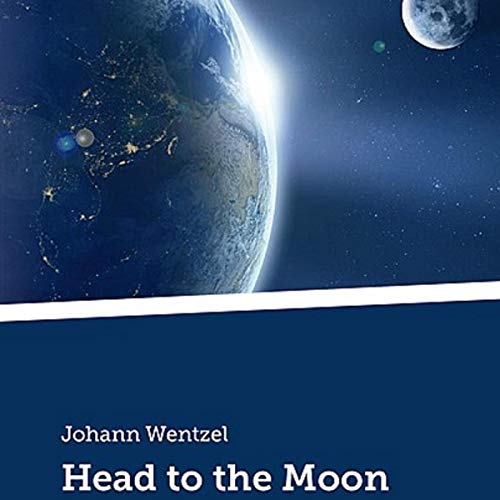 Head to the Moon

By: Johann Wentzel
Narrated by: Jeff Blair
Try for £0.00

It was a hard battle and it took time to sink in that it was finally behind us. The medical and surgical teams from the Neurology department at the University of Chicago must have been totally drained working in an unique environment once the go ahead was received for their high impact life-saving intervention.

I was dying, poisoned by my legs that had spread their poison slowly but surely upwards before they were amputated too late. To think, Grandpa ‘J’ played rugby for Scotland and thought it too dangerous a game, so he got me a motocross bike for my fourth birthday!

This was not just pushing the boundaries of science.

I eye-typed my first ever question from inside my new world to be read - and heard - by the outside real world: “How are you?”

It has taken me 27 years to fully transit from the physical world to an all embracing virtual one but still one where I could look back into the old world.

Where I could still be part of the real world. Where I could, for the first time in 27 years, turn my head even though it was weighing the better part of two tons.

I had an accident, cracking my weakened scull, allowing the escaping brain fluids and some brain matter to contaminate what may well have been the only other wet spot on the Moon. A salty frozen puddle that has most probably never seen sun, shielded in a shallow crater on the rim of the Northern Lunar pole.

A Sci-Fi story with a twist. Some people go to the Dignitas Clinic in Switzerland.

I went to the Moon. It was not a suicide mission.

It was a celebration to be me mission. It was as much a public relations exercise as a first in scientific expedition.

Nobody understood that better than my Mom with her blog.

What listeners say about Head to the Moon

Will make a great movie

Not giving the story away. Billionaire sells his IT company to research and fund his one way trip to the moon after breaking his back.
He had to face his own demons at the far side of the moon but what did he experience?

I loved the interaction and non-pc swipe at the rich and the not so rich while presenting the biggest show the world has ever seen.

Mom’s block (from chapter four) is an interesting introduction to each chapter and brings it all together. Even a few Irish fables thrown in for good measure.

A number of twists and turns make for good ‘read’ and not too long - three and a half hours.

Well worth it and will make a good movie.