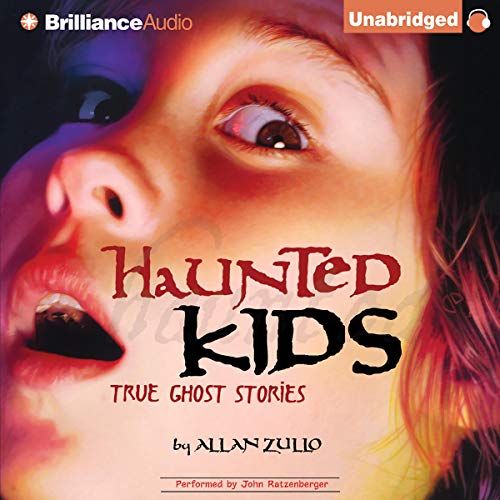 By: Allan Zullo
Narrated by: John Ratzenberger
Try for £0.00

Many kids claim to have seen ghosts in all sorts of places - cemeteries, bedrooms, attics, schools, roadways, forests, caves. Often, experts were called in to investigate these apparent hauntings, and most of the time these so-called experts walked away baffled. The only thing that everyone could agree on was that something very weird had happened, something that could never be fully explained.

This first book in Allan Zullo's popular Haunted Kids series is a collection of 11 creepy tales inspired by real-life cases taken from the files of noted ghost hunters. Do ghosts really exist? Well, you'll have to decide that for yourself after listening to such stories as:

What listeners say about Haunted Kids

Been my favourite since 2012

First got this when I was 7 in 2012 and it always scared me. Fantastic book!