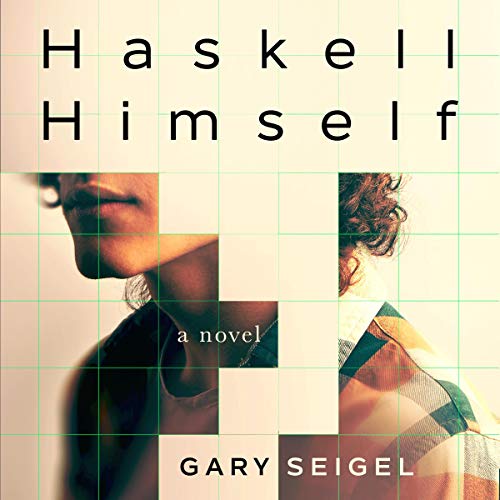 By: Gary Seigel
Narrated by: Brian Lore Evans
Try for £0.00

At 16, he’s already garnered some fame as a former child actor and star of a popular cereal commercial. But that doesn’t do much for him when he’s dumped at his aunt’s house in the suburbs of Los Angeles to face an assortment of neighborhood bullies.

He thinks he might be gay. In fact, he could be the only gay person in the valley, maybe on the entire planet. Even if he does manage to find a boyfriend, their relationship would have to be secret and invisible. After all, it’s 1966. And though Time Magazine claims the sexual revolution is in full swing, the freedoms straight people are enjoying don’t seem to apply to everyone. And as much as Haskell attempts to hide his true self, carefully navigating the tricky and risky terrain of being queer, he’s still taunted and teased relentlessly.

Rather than give in to the irrationality of this hate, Haskell fights back, eventually finding an unlikely outlet to vent his frustration and angst — playing a bully in a screen test for a major motion picture. If he plays his cards right, it could catapult him into Hollywood stardom. Of course, like most things in life, it comes with a heavy price Haskell’s not certain he’s willing to pay.

What listeners say about Haskell Himself

A nice coming of age story, but felt like the set-up for a more expansive delve into the overthinking teen life of Haskell. I enjoyed the passages where the novel touched real-world events, like movie-talk or reflecting on how difficult life was for gays in the sixties. Brian Lore Evans did a good job of emoting our hero's feelings throughout but thought the story didn't warrant such a length.

Haskell Himself is a quiet sweet coming of age novel that packs an emotional punch. The story follows Haskell through his journey of self discovery. As a gay man myself, I found several of Haskell's discoveries and explorations relatable. He is a grounded character that is going through what many of us have or are going through. This excels in its execution. The meditation of the character. All events unfold organically and effectively. The ultimate end leave a little to be desired. Although, this is meant to be part of a series. Hence, this is understandable. The audio recording is impeccable. The voice actor juggles the characters effectively and portrays Haskell in all his angsty glory well. I was given this free review copy at my request and have voluntarily to write this review.

While the relationships in the story didn't play out the way I expected them to, I really felt like I was a part of Haskell's life for a short period of time. The narrators voice fits Haskell's personality perfectly and it allowed me dive right in and be along for the ride. I'd highly recommend that everyone takes a listen, even if they already read the book. I'll be looking for other titles from the author Gary Seigel and from the narrator Brian Lore Evans.

This book was a pleasure to listen to . my only complaint was that I didn’t want it to end.

I really enjoyed it! The narration was great and kept me entertained! The author did a great job with the character builds and plot. I look forward to reading more books by this author. I was given this free review copy audiobook at my request and have voluntarily left this review.