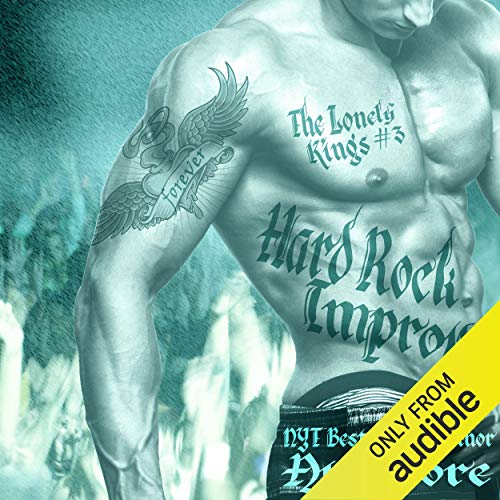 Rose Alton had her future all planned out: excel at her career, find love, make a family, and get rich. Then she got fired. Now after years of 90-hour work weeks, she's living out of her car and struggling to hold it together.

Convinced she'll turn it around any day now, keeping up appearances is her highest priority, but when Manny Reyes - her sister's friend and drummer of the band The Lonely Kings - discovers her deception her secret is out...or so she thinks.

To her surprise, Manny offers to keep her secret and invites her to Kauai, where he grew up and where the band is shooting their latest video. Rose hates to be anyone's charity case, but with nowhere else to go and needing a vacation, she reluctantly accepts and is whisked away to the island paradise.

Rose soon discovers Manny isn't like anyone she has ever met, rock star or not. Instead of preferring lavish hotels, fine dining, and parties until the break of dawn, when not on the set Manny prefers eating Spam, playing for change, and smoking out with the local hobos on the beach.

But there's a dark secret lurking on the island, one that plagues Manny, even when he's on the other side of the ocean. As the heat between Rose and Manny builds, Rose begins to realize that there are some times when you need to break the rules...and that the only thing you can't plan for is falling in love.

I listened to the last two Hard Rock books and I liked them well enough to get to this one, but I couldn’t get into the narration. Finally, these rockin’ books have the hot voice they need. Manny is the sexiest man alive and I can’t wait to get more!

I went to this book because I like the narrator, she’s always good, and let’s face it – that cover? Bring it on! I took a chance because I haven’t listened to the other ones, but I'm glad I did. I'm going back to the others because this one rocks!

IT STARTED OFF AS STRICTLY CASUAL BUT......

It didn't end up that way as Manny gave Rose more than just a helping hand.... hope for a future. Great character development, powerful chemistry, loveable H/H, likeable additional cast of characters, humor, a slow building love story, some angst and plenty of sexy times makes this a must have addition to The Lonely Kings series.

Worth a credit? Yes definitely and I'm eagerly looking forward to who's next to find love after the shocking Epilogue.