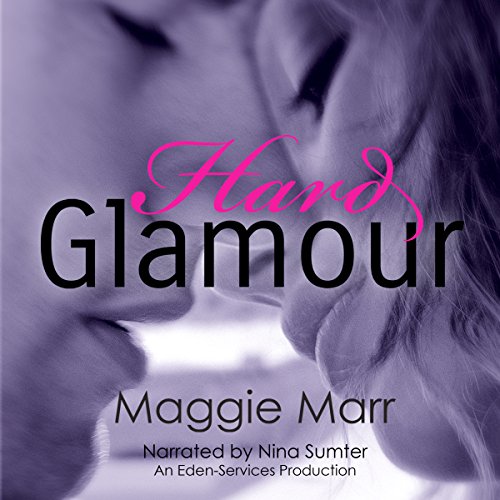 By: Maggie Marr
Narrated by: Nina Sumter
Try for £0.00

Honoring her mother's last wish, Lane Channing vows to follow her dreams. She takes the "big risk" and leaves her small Kansas town behind and heads to LA, the city of dreams. She's got a stellar job lined up, an old Jeep, and 20 bucks to last her to her first paycheck. Her hopes shatter when she arrives to find her job's been given to someone else. Now she's broke and if she doesn't do something fast will soon be living on the streets. Welcome to cutthroat - Lane is most certainly not in Kansas anymore.

On the cusp of success...

Dillon MacAvoy has one goal - to become a star - whatever it takes. Even if it means honing his bad-boy can't-be-tamed-and-forever-single image. Besides the image isn't far from the truth. Dillon cares only about his younger brother and his career. He's on the brink of superstardom if he can just decide on the next right script. But for that, he needs a script reader he can trust.

In a strange twist of fate...

Lane Channing is Dillon's last chance. If Lane lasts the summer without becoming MacAvoy's latest conquest, she's guaranteed a job in entertainment. No problem, as long as she can ignore the heat that pulses through her every time Dillon is in the room. After all, love and commitment with a sweet, hometown girl would only ruin the Dillon MacAvoy brand.

What listeners say about Hard Glamour

You know a book is great when you're sorry that you've reached the end! Can't wait to read the next one. Happy reading!

This is a great book; this is the first book in The Glamour Series by Maggie Marr and narrated by Nina Sumter. I really enjoyed this book; I loved Dillon and Lane’s story. Lane comes to LA and her first day there gets lost and comes up on a movie production set. She meets Dillon the first time when she almost hits him with her car. He is such a jerk to her and embarrasses her at the set, so as she is driving off she flips him off. Lanes shows up for her first day of her internship and is told that the internship was given to someone else. Lane ends up with no job, no place to live and flat broke. Her luck changes when she meets Choo, he offers her a job working as a reader/ dog walker for his brother, who ends up being Dillon of all people. Dillon and Lane feel instant attraction to one another. Dillon’s agent and PR person are out to show him as a single, bad-boy womanizer so that he can gain recognition and become the next big star. Lane is working in LA in the summer and plans to go back home to Kansas to finish her degree.

The narrator Nina Sumter, did a great job, and was very easy to listen too. This is the first time I have listened to this narrator, and I am looking forward to listening to more books by her. She did a great job with the different characters and their voices.

If you are looking for a great romance book with great characters, then you need to get this book! I can’t wait to read the next book in this series.

Not too bad but not amazing either

I'd probably change the sex scenes generally speaking, and how they were used to essentially distract from the issues at heart a fair amount of the time. Nina's performances of the sex scenes were fine, just how/why they happened bothered me a bit. I'd also say that around halfway through Lane's jealousy does get a bit much after a while over a promotional thing, and then when she found something actually major out later she brushed it off in about a minute which felt a little off.

Would you recommend Hard Glamour to your friends? Why or why not?

What does Nina Sumter bring to the story that you wouldn’t experience if you just read the book?

I really enjoyed the voices that she chose and the acting in general, Choo and the producer were wonderful and overall I enjoyed listening to all of the characters as a whole. It would probably surprise most people that this was only voiced by one person.

Generally it wasn't too bad, but it wasn't the best book either. Amanda is the best though, I loved her as a side character.

Would you try another book from Maggie Marr and/or Nina Sumter?

I would absolutely love to hear Nina narrate another book, but if this book is representative of Maggie's other work, I'll pass.

What was most disappointing about Maggie Marr’s story?

The beginning of the book showed promise about being insightful on the entertainment industry, but as soon as Lane and Dillon began a relationship, it quickly went downhill into typical jealousy, puppy love, and moping. It has all the tropes and cliches of contemporary romance. There's the staple club scene in which he gets jealous. He thinks she's too pure and perfect for her. He's a jerk in the beginning but she manages to break through his hard exterior. Not to mention all of the sexual cliches I've heard in every book. The guy gets hard in every scene, always has to mention, "You're so tight, you're so wet." She always comments, "You're so big, you're never going to fit!" They each become their everything, and she becomes his drug. I'm probably not the right audience for this, but I do NOT find it attractive when a man can't control his sexual addiction and even resorts to thinking about locking up a woman so no one else can touch her.

My favorite character has to be Choo, and I especially love how Nina portrayed him. He was especially likable, but the downside is that I felt like he was a huge cliche.

The entire last half of the book tried too hard to make the reader want Lane and Dillon to be together. I started off not minding either way, but once Lane became mopey and jealous, I was wishing they wouldn't be together. I felt like their experiences didn't merit such overdramatic, long, drawn-out scenes in which they were longing for each other.

As for the ending, in which--as if he isn't creepy enough--Dillion follows Lane back to Kansas and proposes to her, I literally exclaimed, "OH MY GOD, ARE YOU KIDDING ME?!" I'm sure others would find this crazy romantic, but I thought it was ridiculous and juvenile.

Nina has an amazing ability to switch from female to male voices flawlessly. Lane and Dillion's voices were especially distinct, and she even added an extra flair to minor characters to distinguish them from the others. As I said above, her performance with Choo was fabulous and made him even more likable.

The story is formulaic, the characters are often-seen cliches, the emotion is juvenile. It's a typical contemporary romance and you get exactly what you expect. I guess the sex scenes were okay.

Cute story but I struggled to listen until the end

I struggle to listen until the end because the narrators sounded as if they were attempting to act out the story opposed to reading it. Not very good acting skills.

I rarely post a full review but the horrendous audio performance warrants a warning to all!!

Maggie Marr has written a wonderful story of Dillon, the movie star with a big heart and Lane a student from Kansas. Nina Sumter did a great job narrating it.

Story was ho hum and cliche. Narrators were the worst ever! Can't believe I finished it.