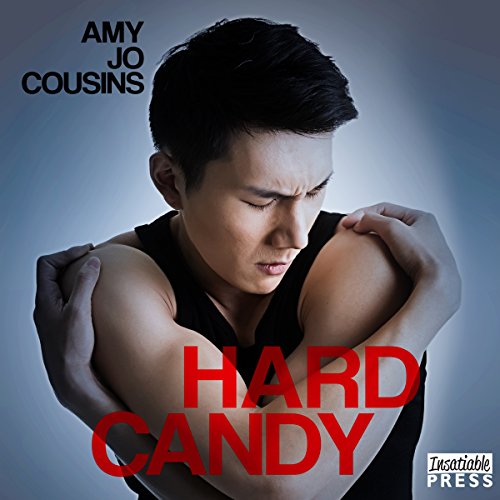 By: Amy Jo Cousins
Narrated by: Cooper North
Try for £0.00

How to get over someone? Get under someone else - as soon as possible.

Vincent Lim always assumed his best friend (and occasional hookup) Austin would be waiting for him - that eventually they'd end up together. But now that Austin's in love with another man, Vinnie is at a loss.

After the world's most awkward one-night stand with a dance major, Vinnie knows the drill. Minimize the embarrassment by pretending they've never met. Yet Bryan's vibrant spirit and calm center lure Vinnie like a shelter from an emotional storm.

But Vinnie's thrown off his game by the rest of Bryan's total package. Vinnie's a rowing jock with a single-minded focus on living up to his parents' academic and social expectations. Bryan might as well be outfitted with glittery butterfly wings - with plenty of pride to match. Vinnie's haphazard attention to a lover won't cut it this time.

Physically, they can match each other stroke for booty pop. But for the lovers to meet on common ground, they'll have to find a way to get moving in the same direction.

Warning: Contains one uptight rower, a dancer who can rock a skirt like nobody's business, yoga lessons, and the benefits of being very bendy.

What listeners say about Hard Candy

This is book 7 in the series, but really you only need to read book 6. (The rest of the series is awesome, though, so … ya know…)

We met Vinnie in Book 6 – he was the boy Austen was pining and pining after. Well – after being summarily dumped by Austen, Vinnie goes on a bender and meets Bryan.

Though their first meeting was less than great, both men realize they want to see more of the other – although Vinnie is clearly on probation as he nearly says and does all the wrong things.

Over time – not unlike Austen and Sean – Vinnie is spending more and more time with Bryan, until it’s clear that Bryan means a lot to Vinnie. The problem is Vinnie lacks the ability to say his feelings in a way that doesn’t offend.

I loved Bryan and Vincent together. I would really have loved to spend more time in Bryan’s head as he was clearly a very complex and fascinating person and we didn’t get to see nearly enough of him to satisfy.

The fact that these 21 year olds were so great at communicating with one another was a breath of fresh air – especially after all the nonsense between Austen and Vinnie previously.

I was also glad to see that the parents weren’t going to be a big deal.

All in all this was a very sweet and sometimes funny story and a great way for us to see Vinnie all set up and happy.

I’m so glad we get to have Cooper North as the narrator for this series! He absolutely ROCKED this! I love the voice he chose for Bryan and I really felt connected to these characters through his interpretation. He has a great concept of emotion and timing and is very easy to listen to. He’s rapidly becoming one of my favorite narrators! Highly Recommended!