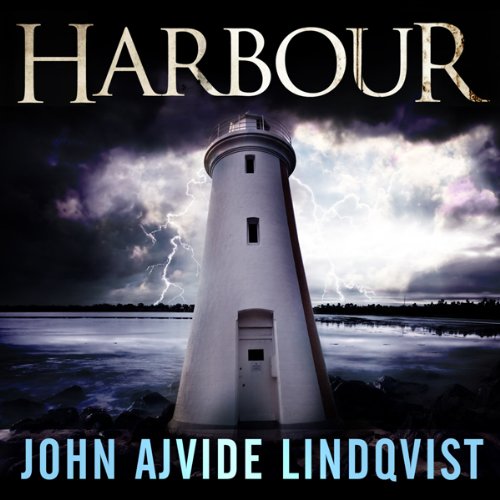 By: John Ajvide Lindqvist
Narrated by: Julian Rhind-Tutt.
Try for £0.00

From the author of the international best seller Let the Right One In.

They only stopped watching her for a matter of minutes. That was all it took.

It was a beautiful winter's day. Anders, his wife and their feisty six-year-old, Maja, set out across the ice of the Swedish archipelago to visit the lighthouse on Gavasten. There was no one around, so they let her go on ahead. And she disappeared, seemingly into thin air, and was never found.

Two years later, Anders is a broken alcoholic, his life ruined. He returns to the archipelago, the home of his childhood and his family. But all he finds are Maja's toys and through the haze of memory, loss and alcohol, he realizes that someone - or something - is trying to communicate with him.

Soon enough, his return sets in motion a series of horrifying events which exposes a mysterious and troubling relationship between the inhabitants of the remote island and the sea.

"This is a third consecutive masterpiece from an author who deserves to be as much a household name as Stephen King." (SFX Magazine)
"A terrifying supernatural story yet also a moving account of friendship and salvation." (The Guardian, on Let the Right One In)
"A magician of genre fiction." (The Independent, on Harbour)

What listeners say about Harbour

there's something wrong with this download, which seems to be missing it's third part. If it reaslly is complete then the story just stoips mid way!

I hope there was some missing...

I didn't enjoy any of this at all. The bits I did understand were completely bizarre, I know there are some "out there" bits in Jo Nesbo or Stieg Larson, but nothing as confusing and ridiculous as in this book. I'm at a loss to understand why it's been recommended at all for people who've enjoyed other Scandinavian Crime novels. I hope that the previous reviewer is correct, and that there are chunks missing from the download that would miraculously make it work. But I'm not convinced anything could help. Mis-sold. Don't bother.

Would you try another book written by John Ajvide Lindqvist or narrated by Julian Rhind-Tutt.?

I would think twice buying another book from the same author

Has Harbour put you off other books in this genre?

Who might you have cast as narrator instead of Julian Rhind-Tutt.?

Nothing wrong with the Narrator.

Disappointment. The plot sounded good. Persevered for 8 hours, but then gave up..sorry

An interesting read but not what I thought…
Perhaps the Swedish are in the know!

Dont expect it to make sense, just enjoy the ride

Ajvides writing is nice, atmospheric portraits. But he rarely makes sense of the convoluted threadsand mysteries

This kept me awake at night, too scared to sleep but unable to stop listening!

What made the experience of listening to Harbour the most enjoyable?

The imagery conjured up by both the author and narrator were brilliant - totally absorbing. There are some very interesting and varied characters, and some nicely balanced back plots.

What was one of the most memorable moments of Harbour?

I don't want to spoil the story, so I'll just say there are a few ghostly moments that were really gripping!

Which character – as performed by Julian Rhind-Tutt. – was your favourite?

The main character, Anders, is my favourite as he is so emotionally engaging. The narrators reading and beautiful pronunciation of the Swedish names really made this audio book something special for me.

Okay it's not perfect, but for me it just worked!

Dour bleak & humourless tale of waves and bloodlines. Well-written, gripping, fatefully monotonous. Fascinating without anyone in particular to care about, It carries you through a visceral experience of elemental powers. Just wierd.

This book could have had so much potential but the plot went no where. The narrator made the book listenable. However, the ending was very flat.

I thoroughly enjoyed “Let the Right One In” by John Ajvide Lindqvist and as Harbour is based around the folklore of the sea, an area of particular interest, I could not resist downloading it. I must admit it would have been more suspenseful had I not realised when I got to the end, initially, that the last six hours of the book had been omitted from Audible's version; however the missing six hours were restored a few months later, and I was finally able to listen through to the actual end of the book.

I enjoyed the narration by Julian Rhind-Tutt, whose calm voice held back the urge for this listener to race towards the end. The audio was clear and without fault, once the entire book was in place.

Harbour combines suspense, thriller and horror in one story set in the small, island community of Domarö, where Anders lost his daughter in mysterious circumstances years earlier. He returns in a alcoholic haze as the secrets of the community and the island start to unravel, flitting back and forth between past and present, yet all being revealed in a kind of perfect order.

I did enjoy it, but there were some scenes which I found too explicit; and I now feel my flirtation with horror is now at an end. I only gave the storyline 3 stars because I was slightly disappointed by supernatural aspect, which appeared to be confused, and somewhat "glossed-over" nearing the end; actually I felt a little cheated by that.