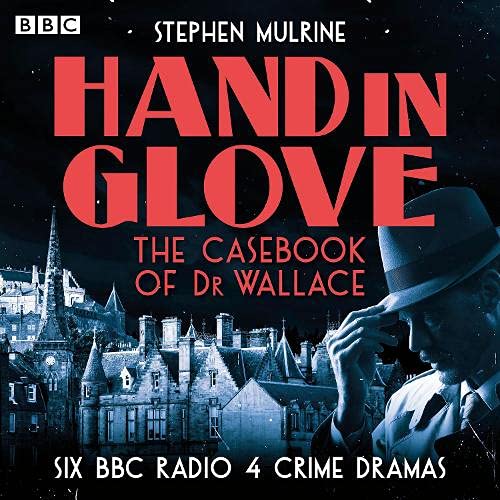 Hand in Glove: The Casebook of Dr Wallace

Series 1 and 2 of the mystery drama featuring the crime-solving exploits of a Scottish pathologist and his daughter.

1920s Stirling, and Chief Pathologist Dr Wallace is the town's acknowledged expert on all matters forensic. But he's not the only detective in the family - his daughter Barbara, a medical student, also has quite a talent for investigating. In these six one-off dramas, the two amateur sleuths join forces to tackle a string of tricky cases, each involving a suspicious death.

A Good Shaking - When a woman is accused of killing her three-month-old daughter, Dr Wallace and Barbara are determined to discover the truth.

Fast and Loose - Two mysterious deaths, in Glasgow and Stirling, intrigue the duo. Sleeping pills seem like the simplest solution for one, but could the other be linked to dry cleaning fluid?

Rights and Wrongs - Dr Wallace finds himself in court as a witness in a malpractice case. Meanwhile, Barbara ponders some moral questions of her own....

Testing Times - A grim discovery in Braeburn Quarry draws Dr Wallace into a double-murder case. And at Glasgow Royal Infirmary, with exam season approaching, Barbara suddenly finds herself in demand.

Win Some, Lose Some - A Lake District holiday beckons for Dr Wallace, but there's a crucial piece of evidence to be delivered afterwards. In her father's absence, Barbara looks into an alleged poisoning case - and receives a surprise proposal.

Not Proven - A doubtful suicide presents Dr Wallace and DC Curran with a perplexing puzzle - and Barbara is faced with a difficult career decision....

Please note: this audio contains language and attitudes that reflect the era in which it was written.

Win Some, Lose Some

What listeners say about Hand in Glove: The Casebook of Dr Wallace