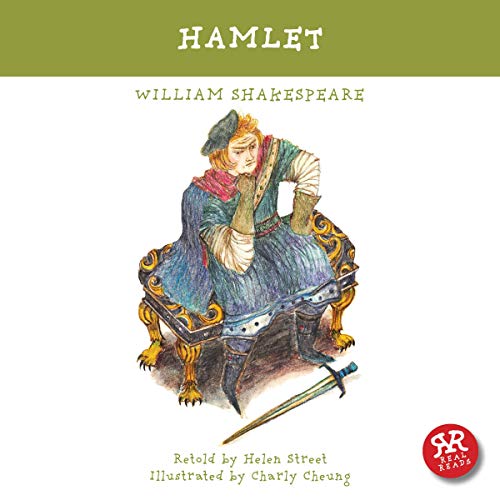 Written in play form using Shakespeare's iambic pentameter and imitating much of his style and language, these little plays are an excellent introduction to the bard.

Hamlet’s father, the king of Denmark, has died suddenly. But instead of grieving, his mother, Gertrude, has married the dead king’s brother, Claudius.

One dark night Hamlet sees a ghost. It is his dead father, who claims he was murdered by Claudius, the new king. But did Hamlet really see a ghost, or did he just imagine it? And if he did see a ghost, was it telling him the truth?

Hamlet plans to avenge his father by killing Claudius. However the man he stabs isn’t Claudius, as he thinks, but his girlfriend’s father. So the wrong man dies.

So much tragedy, but there is more to come. Who else will die an untimely death? And who will live to tell the tale?

What listeners say about Hamlet