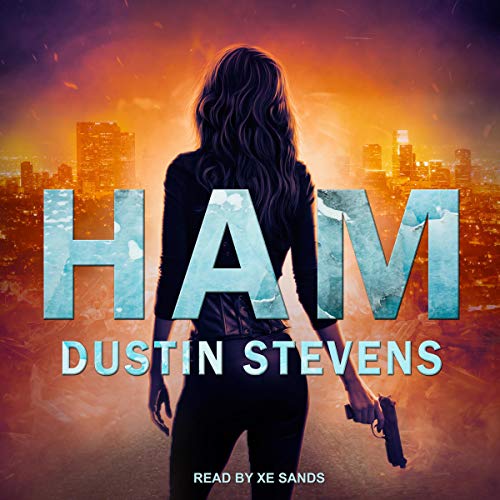 Three years ago, Ham retired to a quiet life in the remote desert of Northern Mexico.

Realizing what she was doing would likely end in her death, she severed all ties, disappearing across international borders.

Her retirement ended abruptly with a single message. The sole person in the world Ham feels the least bit of loyalty to is in trouble, in need not only of Ham but of the very skills that put her into hiding.

Acting against every ingrained maxim, and ignoring the myriad warning signs popping up along the way, Ham returns north to find a great deal has changed in her time away. The world moved on, evolving in ways she would have never imagined. From local gang affiliates to the Los Angeles Police Department, everybody seems to be involved in something, all of it somehow leading back to a woman.

A woman relying entirely on Ham to get her through....

What listeners say about Ham

The only thing I don't like about this book, is that the next two books "Even" and "Rules" are not on Audible. Ham, a smart, fully-trained loner is called out of her Spartan existence by the one person she loves enough to do so for, her sister Amy. If you're looking for a a female version of Jack Reacher, you've found her. As for the narration, Xe Sands voice is so soft, be sure to hike the volume. Otherwise it's great! Thoroughly enjoyed it!!