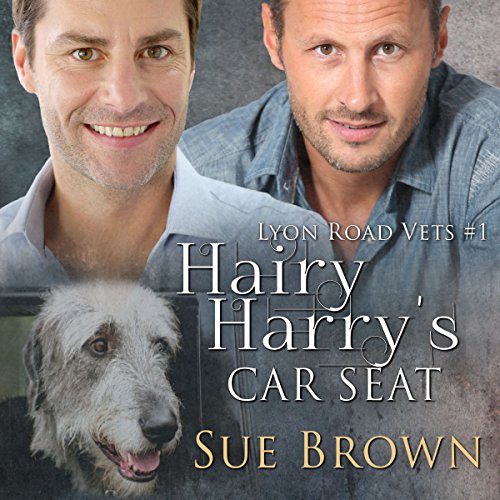 By: Sue Brown
Narrated by: Matthew Lloyd Davies
Try for £0.00

Peter Mitchell walked away with from his marriage with two things: a suitcase and hairy Harry, the family pet.

When Harry becomes ill, Peter is faced with one of the hardest decisions he's ever had to make...saying goodbye to his best friend.

Evan Wells is the locum vet who attends to Harry, and Peter is surprised at how quickly they become friends. Peter finds himself looking forward to Evan's nightly phone calls and the meals they share together. He knows Evan is gay, but it doesn't bother him until Evan confesses his attraction to him. Peter has to admit to himself that he's not as adverse to the possibility as he thought he would be, and that does bother him.

Not a dog story

Yes it’s an OK Romance, but, well if you want a dog story... OK, spoiler alert!!

The dog is dead before the story gets moving. Sigh.

A Sweet Story with Heartache

A sweet story with heartache – I was not expecting to like this as much as I did.

First: trigger warning – the dog dies, but it’s from old age and it’s not a secret. It happens right in the beginning.

Second: I loved the romance and relationship between Peter and Evan. For a short story, it packed a lot feeling and sexiness within its pages. I’ll be continuing this series.

Short, sweet, light, but not great. Too much unnecessary scenes in which nothing happens when we could've had a deeper growth from the "straight" character.
I enjoyed it anyway, but it could've been better.

A sweet story with awesome narration!

This was the first Sue Brown book I read. I really liked it, even though it's short story. I liked how the relationship between Peter and Evan progressed, and how most people in Peter's life took it in their stride that Evan was more than a friend.
The narration makes the story so much more! Matthew Lloyd Davies is pitch perfect as Evan (who's from Manchester) and Peter (London). I loved listening to how he portrayed the emotions of both MCs and the other characters. I teared up a little when Harry was put to sleep!
I really wish the rest of the series was on Audible and narrated by MLD.

This was a nice, short story that is loaded with sentimentality. It's kinda forgettable, but I did enjoy listening to it.