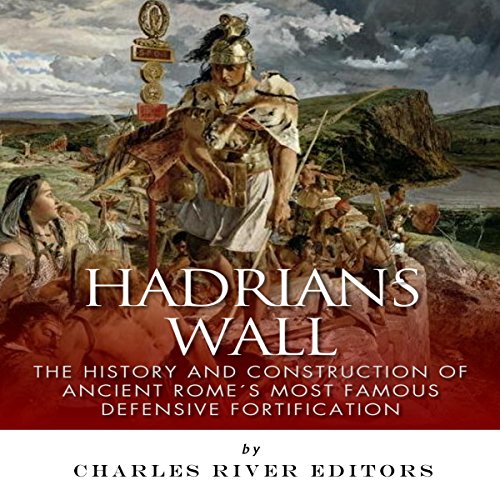 "[The Romans], thinking that it might be some help to the allies [Britons], whom they were forced to abandon, constructed a strong stone wall from sea to sea, in a straight line between the towns that had been there built for fear of the enemy, where Severus also had formerly built a rampart." (Bede's description of Hadrian's Wall in the Middle Ages)

The Romans were master builders, and much of what they built has stood the test of time. Throughout their vast empire, they have left grand structures, from the Forum and Pantheon in Rome to the theatres and hippodromes of North Africa and the triumphal gates in Anatolia and France. Wherever they went, the Romans built imposing structures to show their power and ability, and one of their most impressive constructions was built on the northernmost fringe of the empire.

In 55 BCE Julius Caesar was still dealing with Gaul, but that year he also led the first Romans into Britain, accusing tribes there of aiding the Gauls against him. With winter fast approaching, Caesar's forces did not make their way far into the mainland that year. But the following year Caesar's soldiers advanced into the island's interior and conquered a large swath of territory before a revolt in Gaul once again drew him back across the channel. The Romans eventually established enough of a presence to set up the outpost of Londinium, which ultimately morphed into one of the world's most famous cities today - London.

This is a computer-generated fake reading, I think. Barely audible. Complete waste of money. I’d be suspicious of anything from these guys.

Sounds like it's being read by a computer. Not engaging at all. Waste of money.

An interesting and informative audiobook.

Where does Hadrian's Wall rank among all the audiobooks you’ve listened to so far?

So far I have liked all the audiobooks written by Charles River Editors and narrated by Phillip J. Mather. In my opinion it is a good partnership which gives the listener good factual information delivered by a very good narrator.

This is a very interesting audiobook to listen to and I would happily recommend it to anyone wanting to know more about this period of history and this amazing feat of construction.

Would you listen to Hadrian's Wall again? Why?

The rich history of a very interesting item in history

Mr. Mather's truly powerful, commanding voice brings to mind that of a favorite university professor that students line up to hear. Well done presentation, would be a great asset to any college curriculum

I have read of courage and cunning of tribesmen to the north that this writer refers to as barbarians. Roman invaders with conscripted Germanics were the barbarians.

Historically accurate, nice and succinct. It gave me a good idea of how this wall was built, what it did for Rome, and what it meant to Rome in a very entertaining short manner. I recommend it

Interesting history of "The Wall"