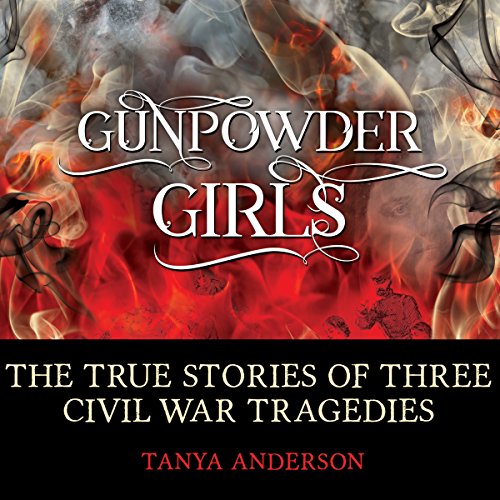 By: Tanya Anderson
Narrated by: Carrie Olsen
Try for £0.00

With thousands of men off fighting in the Civil War, the government hired women and girls - some as young as 10 - to make millions of rounds of ammunition. Poor immigrant girls and widows paid the price for carelessness at three major arsenals. Many of these workers were killed, blown up and burned beyond recognition.

As Steve Sheinkin did with The Port Chicago 50, Tanya Anderson in Gunpowder Girls tells an amazing war story that finally gives its subjects their due. Hidden history comes alive through primary-source research and engaging narrative.

Gunpowder Girls is a story of child labor and immigrant hopes and the cruel, endless demands of an all-consuming war.

What listeners say about Gunpowder Girls

Would you consider the audio edition of Gunpowder Girls to be better than the print version?

I didn't read the print version but the audio edition is fantastic. The narrator's voice is crisp, clear and engaging. There are slight intonations to connote different sections, presumably sidebar material.

This is nonfiction but there are several characters mentioned throughout, some are the foremen or boys who deliver gunpowder but it's really a book about the women and the work they did during the civil war. There are several personal stories and anecdotes throughout. This is not boring history.

The descriptions of two of the arsenal explosions are affecting. You can really imagine that you were at the scene. The descriptions are vivid and the author has done a great job of providing not just the facts but the story and context.

I listened to this in a few long sessions.

The quality of the writing and the narration are superb. As a disclaimer, I received a free review copy but it was a book I requested and very much enjoyed.