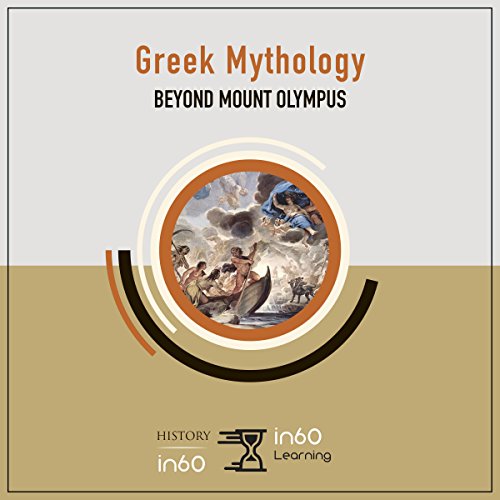 Get smarter in just 60 minutes with in60Learning. Concise and elegantly written nonfiction books and audiobooks help you learn the core subject matter in 20 percent of the time it takes to read a typical book. Life is short, so explore a multitude of fascinating historical, biographical, scientific, political, and financial topics in only an hour each.

You’ve heard of Zeus, Poseidon, Aphrodite, etc. The 12 Greek gods who sat atop thrones on Mount Olympus have permeated popular imagination. But what do you know about the Greek underworld, minor gods, and mythical beasts? Do you know how these stories were passed on from generation to generation or what significance they held for the people who believed in them? This fascinating audiobook introduces readers to the canon of Greek mythology and its influence on the world today in language, storytelling, and even science.

What listeners say about Greek Mythology

I really enjoyed listening to this audiobook. it was succinct yet full if good information. recommend it.

This entry in the In60Learning gives a primer on the ancient Greek Mythos. You'll learn a few specific myths, a general 'whos who' of the main pantheon, and also learn a little about the legacy of the pantheon.

Recommended for: Those with an interest in learning about other culture's mythologies.

*I was provided with a promotional copy, at my request, and have voluntarily left a fair and honest review**

Love this recording. Whether you need a refresher or an introductory primer, this is a great place to start. Gets you familiar with all of the major players from Greek Mythology.

The narrator was excellent and the material was presented really well. I couldn’t believe how much they were able to fit into an hour! Great job guys! Keep these coming!

Greek Mythology is an extremely broad topic, nevertheless, it's one that has always intrigued me. Especially since so much of our modern language and stories are derived from these myths.

In this volume of in60learning, we spend an hour listening to stories about the Greek gods, explanations of their origins, and even how Greek mythology affects us today in the modern world.

I've reviewed a book for in60learning before (Detroit: From Boom to Bust and Back Again) however, this is my first audiobook from them. First, I'd like to say that I love the concept of in60learning! Sometimes, we're too busy to pick up a 900+ page documentary on a subject we're interested in, so in60learing has created resources that you can read, or listen to, in just 60 minutes! Now, because there is such a short amount of time, you can't expect tons of detail to be included, but if you're looking for a quick topic overview (or you're a student needing some sources for a paper), in60learning has quite a list to choose from.

As for this particular volume, I would have much preferred to read the book rather than listen to it. I love audiobooks, and the narrator certainly did a great job, but there is just so much information packed into this that it is literally overwhelming to listen to. I would have preferred reading it at a much slower pace, looking at the words myself, and probably taking a little bit longer than an hour to soak all the info in. It's just a lot, very sudden.

I did like the structure though. First they cover the origins of the gods according to beliefs, then how the gods interacted with humanity, stories of human heroes, and how so much of our culture (like Marvel and DC comics) are inspired from Greek myths. I definitely learned a lot.

So, I do recommend this book, as well as other material from this publisher, I just don't recommend the audiobook over the book. You'd likely learn much more reading the book at your own pace.  I give the audio 3 out of 5 stars.

I would like to note that the topic of Greek Mythology is very sexual at times and this book does not leave that out. I would not advice this to be a resource for young students.

I received this audiobook from in60learning for the purpose of this review. All comments and opinions are entirely my own.

This is a Literature Approved (.com) Review.