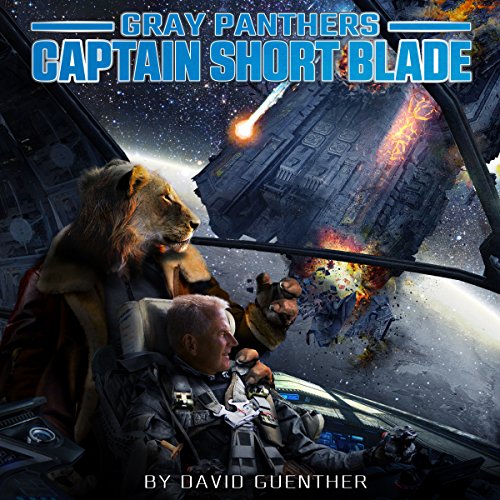 In December 2128, the war with the Libra Alliance ended when the Dixie fleet diverted an asteroid into the Libra home world, killing nearly all life there. The collapse of the Libra Alliance created a major power vacuum. Old enemies that had been kept in check by the Alliance soon were once again at war with each other. Navy ships without homes became pirates. The restored League of Planets, now with a strong fleet and army, prepared to incorporate planets that had been part of the Libra Alliance into the league, by force if necessary. The Dixians, sick of war, were content to pick up life where it left off when the war began, though some members of the government desired more. The Gray Panthers of Earth began to mothball their fleet, safe behind their allies and strong defenses.

Old and young started to look for opportunities. One had it harder than most. As a baby, the Jacka runt Short Blade had survived a religious ritual his race used to cleanse their society of undesirables, only to be sold to a Libra ship crew before he became a teen. Short Blade had learned much during his indentureship with the Libras, and when freed by the humans he enlisted in the Gray Panthers, quickly rising to the rank of chief petty officer and then ensign. With the end of the war, he couldn't go home to a life of discrimination among his own race. On Earth he would be a freak, without any others of his kind. Dan Daniels, owner of the Gray Panthers, offered him an opportunity in this brave new world: his own long-range shuttle, in exchange for the occasional favor. What could possibly go wrong?

great series but then the vice actor has changed??

really lost my enjoyment of listening to this series due to the voice actor change. my main issue is that shortblade now sounds well bigger and meaner. now I know he's a pocket rocket but the stark change has really lost the hook that the other books in the series had

This is far from the worst sci-fi / space opera book I've come across, but there's very little that makes it stand out against the vast, saturated genre. The titular character Captain Short Blade was capably written, but is often lost in the cliché and tropes you'd expect from a generic, grizzled, starship captain.

Narration was great with good, clear delineation between characters and none of the distracting clicks and background noises that seem to plague many audiobooks these days.

Lots of things happened in this book. but nothing that made me care very much or that connected together to build up a greater story. Perhaps this book is supposed to be the building block to a greater story... but i don't know and i won't know.

It was fun to imagine some of the colorful characters and their quirks, though it took awhile to figure out (or at least guess) what everyone was. Perhaps there are foundational descriptions located in previous books. But nothing helpful for someone simply drawn to giving the book a shot, by the title or cover. There were some interesting moments that led to... nothing.

After hours of listening, i have no desire to invest in hours more to find out, nor will i remember any of this book in a month.

I enjoyed the characters as performed by the narrator, but the volume levels could be adjusted.

What made the experience of listening to Gray Panthers: Captain Short Blade the most enjoyable?

Would you recommend Gray Panthers: Captain Short Blade to your friends? Why or why not?

Yes, I would recommend it to fellow sci-fi lovers.

What does Shawn Saavedra bring to the story that you wouldn’t experience if you just read the book?

Saavedra had a great range of character voices and a delivery that helped get me in - and keep me in - the story.