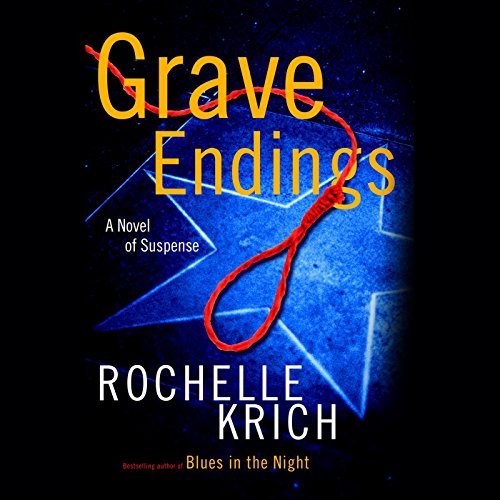 By: Rochelle Krich
Narrated by: Deanna Hurst
Try for £0.00

Tuesday, February 17. 11:40 a.m., corner of Vermont Avenue and Sunset Boulevard. A robber approached the victim from behind and put a knife to her stomach....

Stabbings, even fatal ones, are not uncommon in Los Angeles. But the stabbing death of Aggie Lasher - a vibrant young woman dedicated to helping others and, it seemed, deeply loved by everyone who knew her - was especially tragic.

For almost six years she has been obsessed by the mystery of her best friend's murder: If she had been with Aggie, would the killer have chosen another victim? Will the killer ever be caught?

When Molly's LAPD pal Detective Andy Connors shows her a locket found on the body of a dead man, suddenly the case seems solved. Molly had given that locket to Aggie. Still coiled inside it is the red-thread good-luck charm that Molly had brought back years ago from Rachel's Tomb in Bethlehem, a thread with the reputed mystical power to protect its wearer.

The presumed murderer - a good-looking aspiring actor named Randy Creeley - was found dead of an overdose in his shabby Hollywood apartment. But Molly has unanswered questions. And though she should be focused on her wedding, only weeks away, she is driven to find out more - about Creeley; about his nervous sister, Trina; about his missing girlfriend, Doreen. About Aggie, who, it turns out, didn't tell her best friend everything. The more Molly discovers, the more she wonders: Was Aggie's life snuffed out so an addict could shoot up? Or has Creeley been framed? What if Aggie was deliberately murdered by someone else, someone who is ready to kill again to ensure that his motives stay buried with Aggie and Randy Creeley?

Molly's search for the truth sends her scurrying for answers in an LA tourists seldom see. But closure is elusive, and seeking it can exact a stiff price - sometimes even a life.

What listeners say about Grave Endings

Not a good listen

What would have made Grave Endings better?

The story was full of religious content but not enough to make it a 'jewish' story. Made it very muddled

What was most disappointing about Rochelle Krich’s story?

I would skip this book

Well done!
I had previously read the first two books in the series, and they were kind of fun, but seriously they go too into spiritualism and mysticism from the Kabbalah and Orthodox Judaism. This book also threw too much of that into it, but the story is a complex and involved one that keeps the reader interested in guessing. The overall conclusion of the incidents with the main suspect is somewhat surprising, and the way in which the conclusion is arrived is both surprising and satisfying. I wonder what the author has in store for the fourth book in the series; maybe it's unrelated, but I suppose it could build on the characters so far.