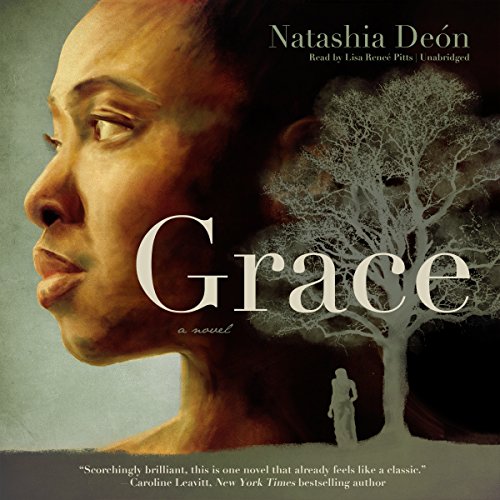 For a runaway slave in the 1840s South, life on the run can be just as dangerous as life under a sadistic master. That's what 15-year-old Naomi learns after she escapes the brutal confines of life on an Alabama plantation. Striking out on her own, she leaves behind her beloved Momma and sister, Hazel, and takes refuge in a Georgia brothel run by a freewheeling, gun-toting Jewish madam named Cynthia. There, amid a revolving door of gamblers, prostitutes, and drunks, Naomi falls into a star-crossed love affair with a smooth-talking white man named Jeremy who frequents the brothel's dice tables all too often.

The product of Naomi and Jeremy's union is Josey, whose white skin and blonde hair mark her as different from the other slave children on the plantation. Having been taken in as an infant by a free slave named Charles, Josey has never known her mother, who was murdered at her birth. Josey soon becomes caught in the tide of history when news of the Emancipation Proclamation reaches the declining estate, and a day of supposed freedom quickly turns into a day of unfathomable violence that will define Josey - and her lost mother - for years to come.

Deftly weaving together the stories of Josey and Naomi - who narrates the entire novel, unable to leave her daughter alone in the land of the living - Grace is a sweeping, intergenerational saga featuring a group of outcast women during one of the most compelling eras in American history. It is a universal story of freedom, love, and motherhood told in a dazzling and original voice and set against a rich and transporting historical backdrop.

"The conceit of a narrator speaking from the grave has been done before, but rarely has it been as emotionally wrenching as in Natashia Deón's mesmerizing debut novel.... [Narrator Lisa Renée] Pitts reveals lives filled with humiliation, dehumanization, and hopelessness. She presents Deón's characters and unrelenting images truthfully, exposing how little women, particularly African-American women, were valued in this time period." ( AudioFile)

the story is really more than one woman's story; the narrator is the best I have ever heard, she draws you right in to each woman's life, an excellent fast paced read

A beautifully written, evocative and finely woven tale. These characters will stay with me for a long time.

Very good narrator but confusing plot line that jumps back and forth and has a lot of similar names. Perhaps this would've been a better book to read visually.

This reader is so good that she makes everything sound like poetry. And the story is wonderful and I highly recommend it. I have one major complaint that wasn't enough to make me reduce my rating. This book jumps around different time periods. I found that sometimes, particularly toward the end, I had a hard time keeping track of things. I think that must have been a production problem. The reader didn't change her voice for different characters so there were times I was lost. But don't let that stop you. I'll be looking for more from this author and reader.

This is the perfect book to be read outloud

I couldn't "put this book down." I was hooked from the first page. It is skillfully constructed.The narrator is excellent. Probably one of the best audio books I've listened to. Get it and listen.

An intense reminder of historic tragedies and the love that sustains those who survive.

I was hesitant to read this book; I'd first heard the author on the Free Library of Philadelphia's podcast and I knew the story recounted pain, love, loss and perseverance. As an American seeing the deep divide currently between so many in our country I wanted to be reminded of historical events that brought us to where we're at today.

Once I began listening I was immediately attached to Naomi. Her story of survival beyond the world of the living and her journey to find safety for her child was chilling, but full of love and so much innocence. I miss Naomi and the characters that sustained her already. A truly wonderful read and reminder of American history, even if this is a work of fiction.

I enjoyed the Madame the most.

What does Lisa Reneé Pitts bring to the story that you wouldn’t experience if you just read the book?

The narration was awesome. All voices were distinct from one another and there was no diction that cheapened the experience.

at times I felt like I was with Naomi and wanted to help her fight the injustices of the times. a very well written and narrated story.

This is a must read!!!! I seldom write reviews but this book compelled me to do so!

I almost gave up at the end of Part 1, but kept listening because the reader was decent. The story flops back and forth so much, it was hard to tell who was who, and what was happening to whom. I found the language raw, and the rape ( yes, there is rape), disgusting and much too graphic. I didn't realize this story revolved around a brothel. I was very disappointed. And glad it was over. Would not recommend.