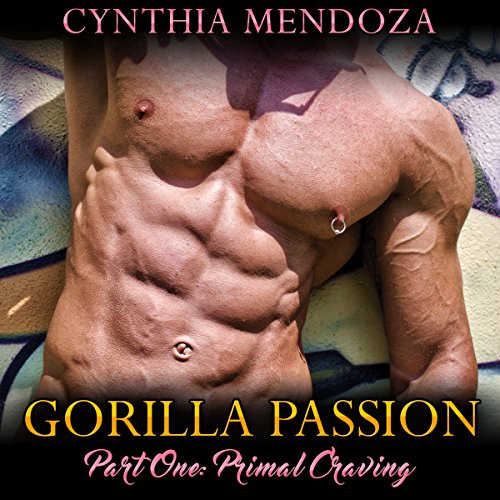 He was even more breathtaking as a man than he had been as a silverback, and she moaned softly at the sight of his chiseled body, dark tattoos encasing his broad, muscular shoulders and trailing down his hard chest.

She leaned down and drew her tongue across his skin, licking away the rainwater and gathering the taste of him. Her teeth nipped at his chest, and she felt his hands pulling at her shirt. They were on top of a tall platform in the middle of the outdoor enclosure, putting them on display to anyone who happened to walk by, but it was late and she knew the continuing rain would keep any of the other zoo staff away from the exhibit for the night.

Even without that reassurance, though, Breelan knew she couldn't have resisted him. She needed him in a way she had never needed anyone.

I was given this story in exchange for an unbiased review by the author. This was a different take on the normal shifters. A silverback gorilla with issues. This story only took a small amount of time to listen to. It was her usual style and included a lot of sex. Since it is a two part story I reserve judgment on if there is an actual story until I listen to the second part.

A start to a great shifter story

I waa given this book in return for my honest unbiased opinion. I loved this story and the narration .

Fun storyline and a good imagination.
Liked this storyline but a little hard to follow where the author was going at times.
"This audiobook was provided by the author, narrator, or publisher at no cost in exchange for an unbiased review courtesy of Audiobook Blast."