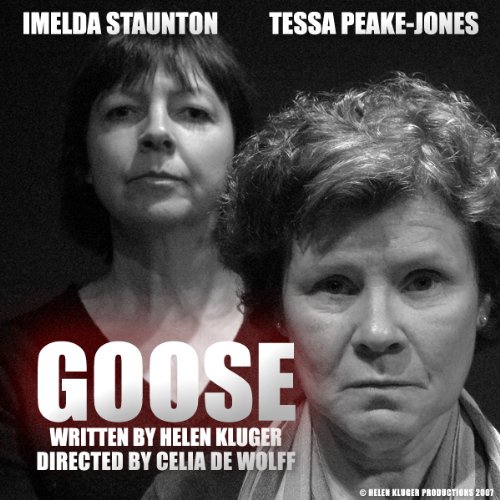 That is how the tabloids portrayed Janet Macredie at her original trial, where she was accused of murdering her godmother. Now, 16 months later, her appeal is being heard at The Old Bailey. She is accompanied by Prison Officer Margaret Hoist. Having been blackmailed by a former prisoner, who alleged sexual impropriety, losing another prisoner on a day's outing, and having tests for a serious illness, the last 16 months have been equally traumatic for her.

What listeners say about Goose (Dramatised)

I literally downloaded this just because of Imelda Staunton. I was surprised how well these two characters intertwined with each other and how everything was built up. I felt rather sorry for Janet but very happy for her in the end.

A pleasant listen but a rather dark and bleak story.

I was surprised by the brevity of the book. Imelda staunton, always a winner, read suberbly. Characters are so well developed...then suddenly, it's over. What? Like watching an excellent three act play, then curtains call and show is over after the first act. Actors take their bow. Audience looks at one another, side eyes, rolling eyes, looks of disbelief. Same here. Still saying, "what? Did I accidentally skip a part" no, I didnt. Save your money. Even at the discounted price of $7.00, should be priced at $2.00.