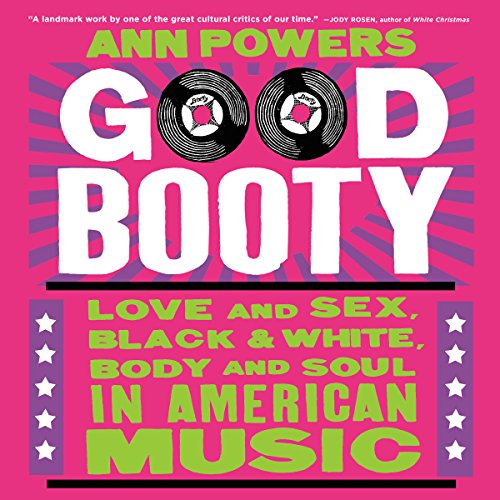 In this sweeping history of popular music in the United States, NPR's acclaimed music critic examines how popular music shapes fundamental American ideas and beliefs, allowing us to communicate difficult emotions and truths about our most fraught social issues, most notably sex and race.

In a survey that spans more than a century of music, Powers both heralds little known artists such as Florence Mills, a contemporary of Josephine Baker, and gospel queen Dorothy Love Coates, and sheds new light on artists we think we know well, from the Beatles and Jim Morrison to Madonna and Beyoncé. In telling the history of how American popular music and sexuality intersect - a magnum opus over two decades in the making - Powers offers new insights into our national psyche and our soul.

What listeners say about Good Booty

Full disclosure: The author is a friend of mine.

This is framed as a book about sex, but since sex pervades art (& let’s face it, life, since it’s pretty basic), it’s really about the history of American popular music. It goes farther back than any of the books in blues or country I’ve read & continues up through pop & grunge & hip hop & porn & & &... I’m amazed at the ground she covers. She started this book when I started teaching a course in the Anthropology of Sex, & she did an early guest lecture. This book has far more range & scope than my class ever managed while remaining anchored in The political economy of American popular culture. She writes with the theoretical insights of Greil Marcus but without losing the thread or her reader in postmodern word vomit.

There was a lack of depth as we moved along in history...it seemed like a rush to finish which I did not..great premise but lack depth

more depth in the characters...this topic has been covered in various ways on tv and in smaller bites to explore depth of the music, lyrics and social connection

Did Teri Schnaubelt do a good job differentiating all the characters? How?

The development of music from new Orleans could have been deeper

Format is straightforward history, content is fascinating. Make a playlist from all you learn! Why not focus on sex and its myriad musical forms?