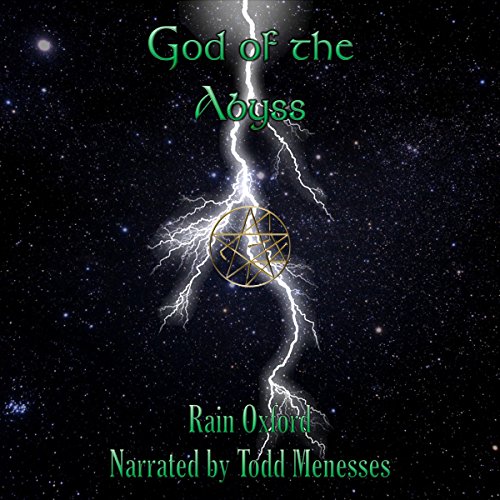 God of the Abyss

By: Rain Oxford
Narrated by: Todd Menesses
Try for £0.00

Dylan's hard-earned peace is short-lived. After facing peril twice and defending Earth from destruction both times, Dylan settles down with his family, only to find himself called to duty once again. The gates of the void are beginning to open, and the gods suspect there is a traitor. Guardians are disappearing, and their powers are vanishing.

Old enemies return and Dylan must deal with growing complications. The idea that good will always win in the end is in question. Meanwhile, Mordon's loyalties are put to the test when he faces a poison that threatens to wipe out the remaining dragons.

Dylan and Mordon will have to fight the very laws of nature to uncover exactly who has betrayed the gods. To keep the gates closed and Dylan's devastating vision from coming true, they must use time as a tool, magic as a weapon, and a map as a key. This time, Dylan will have to wage a battle against a force that cannot be destroyed.

What listeners say about God of the Abyss

Awesome edition to the series! I loved the character interaction and the boys are a lot of fun. Narration was spot on and I could tell all of the characters apart. I already got the next book and I can't wait to listen to it.

My 1st review in 3 books. I truly enjoy these characters and I'm grateful for the slow development. Rushing the story along would blemish the relationships the characters are creating! The magic is straight forward leaving more time for adventure! Rain is closing story lines but leaving several in their wake. Plenty more to come from the sounds of things🤗🤗

i usually only listen to the book when I'm driving to and from work but I had to finish. This book was the funniest so far. i felt betrayed by a certain someone. :-( i can't wait for the next book

great story and i hope one learns about apples...lol. love the voice acting and how everyone is progressing.

This book was the weakest for me thus far. Don’t get me wrong, I liked it but I’m not sure how much of that had to do with that fact that I love this series. This book seemed slow and uneventful. I never felt like anyone was in any actual danger.

With that said, it was nice to see the interaction between all of the guardians. We got see some of their personalities clash and why they don’t all work together well. The mysteries we’ve yet to uncover will keep me coming back to this series.

The narration was top notch as usual!

I really enjoyed this series but I was unprepared for how dark the story became. I don't like listening to or reading about rape implied or otherwise because it upsets me

I don't think I even finished this book. I love Rain Oxford's Elemental and her bumbling curse breaking wizard series but I just can't figure this one out.

First, I can't tell all the characters apart as the narrator uses basically the same Japanese accent on most of the characters. I don't know half the time who's speaking.

Next I find the hero (Dylan?) and more irritating than all the other characters put together. Can't follow the story and I just don't care! It's going back to use the credit on something I might come close to enjoying.

if you liked the second book you may like this. I didn't care for either and this is the worst.