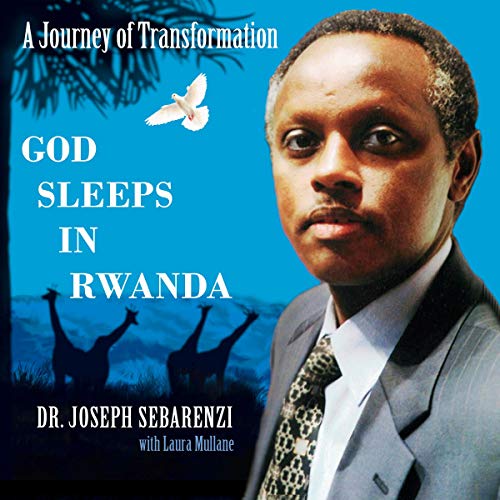 God Sleeps in Rwanda: A Journey of Transformation

This memoir tells the story of Dr. Joseph Sebarenzi, whose parents, seven siblings, and countless other family members were among 800,000 Tutsi brutally murdered over the course of 90 days in 1994 by extremist Rwandan Hutu - an efficiency that exceeded even that of the Nazi Holocaust.

Outbreaks of ethnic violence had been occurring in Rwanda since colonial times when the Belgians ruled the region. As a child, Sebarenzi twice hid with his mother during episodes of killing, narrowly escaping with his life. When he was a teenager, his father sent him away to school in the Democratic Republic of the Congo, telling him, “If we are killed, you will survive.”

When the genocide erupted in 1994, Sebarenzi was lucky enough to be outside of the country. When Sebarenzi returned to Rwanda after the genocide, he was elected president of parliament. About three years later, he learned of a plot to assassinate him, leading him to once again flee the country in a daring escape.

This African country is not alone in having had a shameful history of ethnic violence. God Sleeps in Rwanda demonstrates how horrific events can occur when the rest of the world stands by and does nothing. It also shows us how the lessons of Rwanda can prevent future tragedies from happening all over the world. Listeners will be inspired by the wisdom of a man who has every right to be bitter and hateful but chooses instead to live a life of love, compassion, and forgiveness.

What listeners say about God Sleeps in Rwanda: A Journey of Transformation