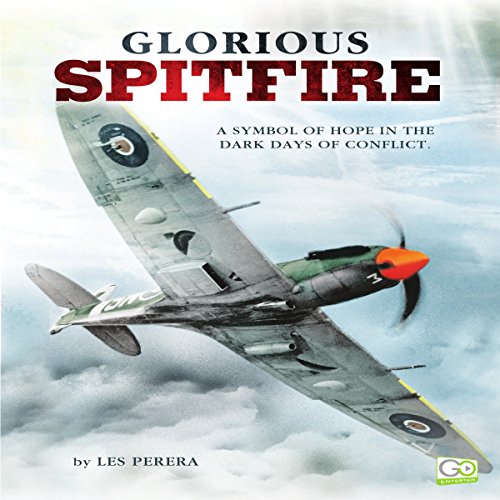 A Symbol of Hope in the Dark Days of Conflict
By: Les Perera, Go Entertain
Narrated by: Valerie Gilbert
Length: 2 hrs and 33 mins
Categories: History, Europe
4 out of 5 stars 4.0 (2 ratings)

With its proven pedigree as a fighter, the Spitfire ranks among the greatest aircraft ever built - remembered with affection by those who flew or maintained it, and revered by the British people who regarded it as the "defender of our skies" against Nazi invasion. Featuring vivid narrative, this publication reveals the full extent of the Spitfire's impact on the outcome of the war and the heroic efforts of the pilots who defended Britain at all costs.

Narrated by the daughter of Felix Gilbert, a decorated airman with the US Army Air Corps 8th Air Force, stationed for some of the war in England. He was a pilot and Jimmy Stewart's lead navigator.

What listeners say about Glorious Spitfire

This sort recording covers the inception of the Spitfire and how it evolved over the years. It covers the action that they saw, the various models, and the various adaptations to it.