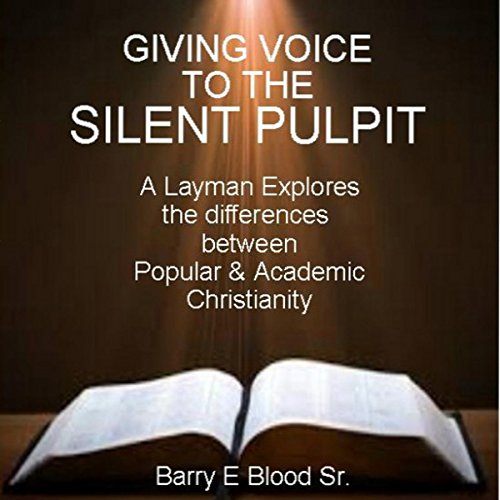 Giving Voice to the Silent Pulpit

Giving Voice to the Silent Pulpit

"Who was really in charge that day?"

"Was it the God I had been taught to worship and pray to, or was it the man with the gun?"

Answers to these questions did not come easy, but after years of intense study, Blood has discovered a more mature understanding of Christianity. One that has existed, almost undetected by the laity of the church, for the past two hundred and fifty years. One that answers many of the puzzling questions that he and most Christians silently grapple with during life's trying times.

With this audiobook, Blood hopes to share his discoveries with other Christians who search for a deeper, more mature and intellectually honest, understanding of God and Christianity in the 21st century.