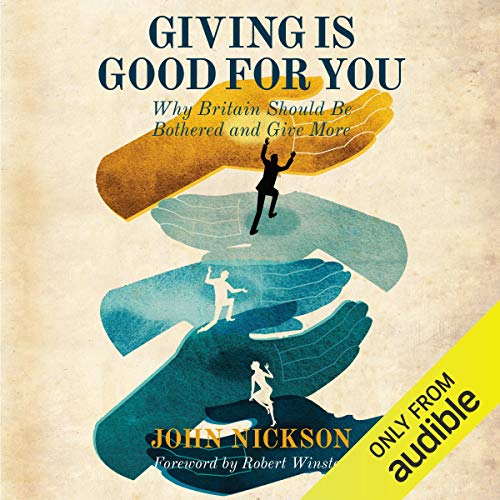 Giving Is Good for You

Why Britain Should Be Bothered to Give More
By: John Nickson
Narrated by: Mark Meadows
Length: 10 hrs and 10 mins
Categories: Non-fiction, General Non-Fiction
4.5 out of 5 stars 4.5 (2 ratings)

Giving Is Good for You

John Nickson opens his impassioned plea for philanthropy with a quote from one of the most well-known philanthropists of all time, Andrew Carnegie: "Surplus wealth is a sacred trust which its possessor is bound to administer in his life for the good of the community." This sums up the appeal Nickson makes and argues that it is an imperative endeavor for any healthy and ethical society to pursue. Centering on the growing inequality in Britain and drawing on many interviews with noted philanthropists this audiobook drives home the idea that we’re all in this together. British actor Mark Meadows gives an expressive and articulate performance of this persuasive petition for giving that will benefit all.

A timely and important book that urges greater responsibility in the face of growing inequality.

Inequality in Britain is growing. Does this matter? Should we be bothered that the rich give proportionately much less than the poor? And that only a small minority of the very wealthy are giving generously?

Ninety per cent of NHS trusts are restricting routine operations. Youth unemployment is at record levels. Meanwhile, those on the Sunday Times Rich List have increased their wealth by 20 per cent in the last two years amidst press reports of massive tax avoidance. For the first time in living memory, children cannot expect to be as well off as their parents. Wealth and privilege is under scrutiny.

Giving is Good for You demonstrates that growing inequality and poverty is a threat to everyone - even the wealthy - and that the most unequal societies are the most dysfunctional, unhealthy, and violent. The generous minority are urging their peers to follow suit, arguing that in addition to enhancing public benefit as public spending falls, giving can be personally fulfilling, particularly for those who realise that money is not the key to human happiness.

The author asks philanthropists, charities and those they support what should be done to encourage us to give more of our money and more of our time to good causes. The solutions they propose will challenge us all, but particularly the wealthy elite and the government.