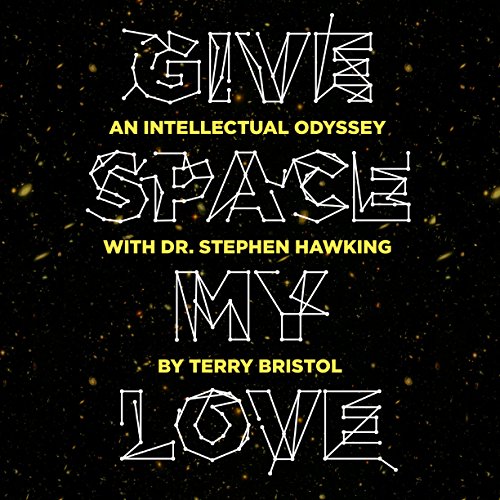 Give Space My Love

Give Space My Love

Who is the real Dr. Stephen Hawking? Is he a detached spectator seeking a mathematical description of a deterministic, objective reality out there? Or is he an embodied participant in the universe seeking to bring about a more desirable future?

The timeline of the book is a four-city lecture tour the author organized for Hawking in the early 1990s (Portland, Eugene, Seattle, and Vancouver, BC). Hawking's powerful meetings with students with disabilities, officially collateral events, were remarkable. However, the greater significance of these stories of the road is better appreciated in the context of the central narrative question of the book: the nature of the universe and our place/role in it.

The author, a philosopher of science (Berkeley, London), engages Hawking, his graduate assistants and eventually his nurses in what starts as a critical review of the new physics of Einstein, Bohr, and Heisenberg. The question of the limits of classical science expands to questions of the limits of all supposedly objectivist, one-right-answer ideologies in biological, socio-economic, and political realms. Is everyone really selfish? Is the world objectively competitive or cooperative?

In a parallel critical review of the new philosophy of science the contributions of the author's mentors, Feyerabend, Lakatos, Kuhn, and Popper mark a parallel path to complementarity, undermining the Spectator representation of detached objective inquiry. Through his personal interactions, Hawking reveals himself as a participant, concerned with how we should live. He steers us toward a more desirable, moral future. The new post-scientific participant understanding of the universe requires a paradigm shift to a more general theory that can both explain the successes of science and yet understand them in a new way. In the more general theory, our embodied participant inquiry is understood in a new way wherein the sciences and the humanities are necessarily reunified.

What listeners say about Give Space My Love